Is Bernie Sanders a modern-day Robin Hood? A letter from Bernie….

Posted on December 15, 2010 by William Brighenti 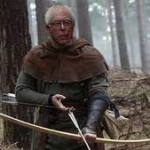 I want to take this opportunity to thank you very much for contacting my office regarding the recent tax deal struck between President Obama and the Republican leadership. Frankly, the response from Vermonters and Americans all across the country – like you – was far beyond anything we could have imagined. As of this writing, we received a total of more than 10,000 phone calls and 9,324 e-mails. More than 98 percent of the responses were in opposition.

In my view, this huge outpouring of concern was not just about this harmful bill. It went deeper than that. It was a cry from the middle class who are deeply worried about the future of our country and where this agreement, and similar type bills, will lead us in the years to come.

At a time when we have a $13.7 trillion national debt and the most unfair distribution of income in the industrialized world, why are we giving huge tax breaks to millionaires and billionaires? Is there no end to their greed? And does anyone really believe that this will only be a two-year agreement with no future extensions?

Why should we be significantly lowering rates on the estate tax when it applies only to the very, very richest people in this country, the top 0.3 percent?  The richest 1 percent already owns more wealth than the bottom 90 percent.  Isn’t that enough?

With the American people deeply worried about the future of Social Security, why are we diverting $112 billion from the Social Security trust fund in order to provide a ‘payroll tax holiday?’ Why is a Democratic president adopting this position, which has long been held by Republicans who want to eventually destroy Social Security by choking off its funds? With the Republicans coming to power in the House in a few weeks, why should anyone not think that this ‘one-year’ diversion will be made long-term or permanent? According to one major senior citizen organization, this action could be the beginning of the end for Social Security – the most successful anti-poverty program in the history of the United States.

It goes without saying that we must extend unemployment benefits for the millions of working families who, in the midst of this terrible recession, are about to see them expire. But why is this considered a ‘concession’ when for the last four decades Democrats and Republicans have always worked together and agreed that benefits must be continued when the unemployment rate is higher than 7.2 percent.  This is not a ‘concession’ on the part of the Republicans. This is a continuation of long-held, bipartisan policy.

In conclusion, I believe that we could have reached and should reach a better agreement that represents the interests of middle class and working families of our country.

William Brighenti is a Certified Public Accountant, Certified QuickBooks ProAdvisor, and Certified Business Valuation Analyst. Bill began his career in public accounting in 1979. Since then he has worked at various public accounting firms throughout Connecticut. Bill received a Master of Science in Professional Accounting degree from the University of Hartford, after attending the University of Connecticut and Central Connecticut State University for his Bachelor of Arts and Master of Arts degrees. He subsequently attended Purdue University for doctoral studies in Accounting and Quantitative Methods in Business. Bill has instructed graduate and undergraduate courses in Accounting, Auditing, and other subjects at the University of Hartford, Central Connecticut State University, Hartford State Technical College, and Purdue University. He also taught GMAT and CPA Exam Review Classes at the Stanley H. Kaplan Educational Center and at Person-Wolinsky, and is certified to teach trade-related subjects at Connecticut Vocational Technical Schools. His articles on tax and accounting have been published in several professional journals throughout the country as well as on several accounting websites. William was born and raised in New Britain, Connecticut, and served on the City's Board of Finance and Taxation as well as its City Plan Commission. In addition to the blog, Accounting and Taxes Simplified, Bill writes a blog, "The Barefoot Accountant", for the Accounting Web, a Sift Media publication.
View all posts by William Brighenti →
This entry was posted in Accountants CPA Hartford, Articles and tagged a letter from Senator Bernie Sanders, Bernie Sanders Robin Hood. Bookmark the permalink.