Have you ever noticed that the Internal Revenue Service’s regulations often are illogical? 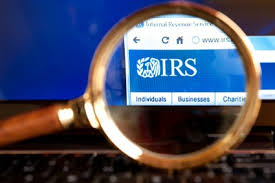 Have you ever noticed that the Internal Revenue Service’s regulations often are illogical?

For instance, I have a corporate client with a fiscal year end of March 31, 2013. I filed its Form 1120 for that year end. However, in May, it dissolved its corporation, and the IRS requires a short year Form 1120 to be filed two and one-half months following the month in which it dissolved, or by August 15, 2013. The instructions for Form 1120 read as follows:

A corporation that has dissolved must generally file by the 15th day of the 3rd month after the date it dissolved.

Why doesn’t the IRS just require the filing at its normal year end dates instead of creating another quandary for tax professionals?

Of course, I will file an extension and file the return then; and there is the alternative of filing on 2012 forms and crossing out the years on the tax forms, but that might create more mayhem at the Internal Revenue Service.

Someone was kind enough to bring to my attention that in the instructions to Form 1120—not anywhere immediately near the instructions for “When to File” and hidden in a passage entitled, “Period Covered”—the instructions of what to do when a corporation has a tax year of less than 12 months that begins and ends in 2013, and the 2013 Form 1120 is not available at the time the corporation is required to file its return:

The corporation must show its 2013 tax year on the 2012 Form 1120 and take into account any tax law changes that are effective for tax years beginning after December 31, 2012.

The moral of this story is one has to read the entire instructions in an IRS publication before interpreting any statement of tax law in any tax regulation.

William Brighenti is a Certified Public Accountant, Certified QuickBooks ProAdvisor, and Certified Business Valuation Analyst. Bill began his career in public accounting in 1979. Since then he has worked at various public accounting firms throughout Connecticut. Bill received a Master of Science in Professional Accounting degree from the University of Hartford, after attending the University of Connecticut and Central Connecticut State University for his Bachelor of Arts and Master of Arts degrees. He subsequently attended Purdue University for doctoral studies in Accounting and Quantitative Methods in Business. Bill has instructed graduate and undergraduate courses in Accounting, Auditing, and other subjects at the University of Hartford, Central Connecticut State University, Hartford State Technical College, and Purdue University. He also taught GMAT and CPA Exam Review Classes at the Stanley H. Kaplan Educational Center and at Person-Wolinsky, and is certified to teach trade-related subjects at Connecticut Vocational Technical Schools. His articles on tax and accounting have been published in several professional journals throughout the country as well as on several accounting websites. William was born and raised in New Britain, Connecticut, and served on the City's Board of Finance and Taxation as well as its City Plan Commission. In addition to the blog, Accounting and Taxes Simplified, Bill writes a blog, "The Barefoot Accountant", for the Accounting Web, a Sift Media publication.
View all posts by William Brighenti →
This entry was posted in Accountants CPA Hartford and tagged Does anyone at the IRS think through its regulations?, Form 1120 filing requirements, Have you ever noticed that the Internal Revenue Service's regulations often are illogical?, Internal Revenue Service instructions, IRS regulations, short year filing requirement, short year filing requirements, tax forms unavailable for short years, The irrationality of IRS regulations, when to file. Bookmark the permalink.