Lies, bigger lies, and the susceptibility of the American public to political propaganda 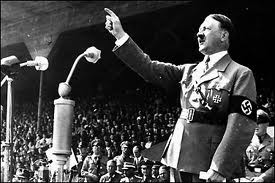 Adolf Hitler and Joseph Goebbels believed that if one told a big lie and repeated it many times that the majority of the general public would believe it. In fact, Goebbels further believed and said, “the bigger the lie, the more it will be believed.” Such techniques were not invented by Hitler or Goebbels. Vladimir Lenin was aware of their effectiveness prior to Hitler’s rise to power. 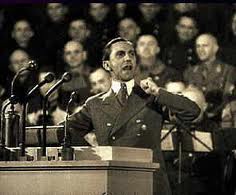 Telling lies to the general public is not only not new, it also is not a governmental practice restricted to foreign lands. After William Casey’s first staff meeting as head of the CIA in 1981, he was quoted as saying,

“We’ll know our disinformation program is complete when everything the American public believes is false.”

And one may recall the lies of the Nixon administration during the Watergate investigations of the 1970s in its attempt to deny its innumerable crimes. 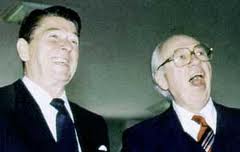 enough of the time, you could discredit the rest of the people and get re-elected as well as push through your political agenda.  Recall that Hitler seized power by fooling only a third of the people.

Of course, politicians employing propaganda to achieve political ends and control of the populace need the assistance of the media to do so. Radio and films were used very successfully by the Nazis to brainwash the people of Germany against the Jews and other races. Today the radio, the press, television, and the internet are all exploited by governmental forces to distort the truth and disseminate false information in order to achieve political ends. Yes, political ideology, driven by greed and desire for power and control, justify the means however untrue and unjust the message is. 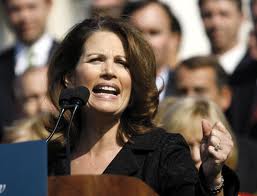 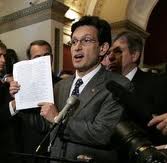 and other Republican Congressman and Congresswomen have been charging that corporate tax rates are too high and, as a result, are responsible for the loss of jobs and the outsourcing and the moving of operations overseas. Consequently, their proposed solution to our loss of jobs is simply to reduce, if not eliminate, corporate taxes. What is not surprising to me, since disinformation had been employed so successfully in the past by many leaders in government, is that a large segment of the American public is buying into this argument. 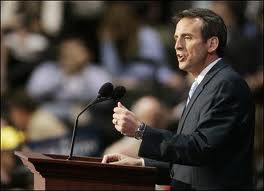 But it is a false argument. Although the United States has one of the highest corporate tax rates at 35%, its effective tax rates after all deductions, write-offs, and credits is lower than those in other countries. In 2009 corporations paid effectively 26% of their profits in income taxes. In contrast, during the golden era for the middle class in our country, corporations effectively paid 49% of their profits in income taxes. During those prosperous years for America, corporate taxes made up 40% of all income taxes paid by both individuals and corporations, as compared to now, when they only make up 18% of all individual and corporate income taxes. 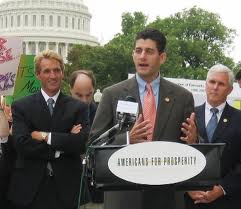 Also contradicting the argument by Cantor, Bachmann, Pawlenty, and Ryan that the corporate tax rate is hurting corporations doing business in our country is the fact that these companies are now reporting record-breaking profits. At the end of 2010, corporations posted an annualized profit of $1.65 trillion in the fourth quarter. In the first quarter of 2011, the top 500 companies reported an increase in profits of 81% over those reported last year. And even though corporate profits climb higher and higher, corporate taxes as a percentage of GDP continue to descend. Corporate tax revenue in 2009 came to just 1 percent of gross domestic product – the lowest collection level since 1936, or three-quarters of a century ago.

Furthermore, many large corporations pay no taxes. Last year, Exxonmobil, GE, Bank of America received tax subsidies in billions of dollars. Although these multinational corporations pay tax abroad, they pay little, if any, taxes here in the United States in comparison.

As many of you know by now, jobs have been going overseas because people in China, India, Cambodia, the Philipinnes, and elsewhere are willing to work for wages less than those for which the American worker would work.  Some, in fact, work for wages as low as 22.5 cents per hour.  That is the principal reason why jobs have been exported overseas by American corporations:  the cost of labor in these countries reflecting a poverty level of existence.

But why do Cantor, Bachmann, Boehner, Ryan, and others of the same ilk propose such nonsense as the reduction of corporate tax rates to increase jobs in America? Why do they tout the voodoo economics of don’t tax the rich and the powerful because manna from heaven will trickle down on all of us if we do not? Are they propagandizers as Hitler, Goebbels, Lenin, others were? Are they doing the bidding of corporate sponsors in order to solicit more and more millions of campaign contributions? Are they on the corporate payroll as political mouthpieces?

Ever since the United Citizens Decision, the corporate floodgates to political donations have opened up to such an extent that its deluge makes that from Hurricane Katrina appear as a rain puddle in comparison. The Republican party receives hundreds of millions of dollars from corporate donors, and it is safe to say that it is now a wholly-owned subsidiary of virtually all of the multinational corporations. And the returns to their “investments” in the campaigns of political mouthpieces of the Republican party are most attractive, with the millions in corporate contributions paying off billions in tax subsidies and lower tax rates.

So this argument of cutting taxes on corporations and the rich in order to create jobs is mere disinformation, or to put it more bluntly, political propaganda. Our political candidates are paid mouthpieces of these multinational corporate interests, proposing and perpetuating legislation at the expense of all Americans but the elite rich, the ultimate donors and employers (i.e., as the principal stockholders) of our governmental representatives. Our political system has become totally corrupt by money, with the pay-to-play rules of a governmental form of representation.

So until we get all money out of politics, our governmental representatives in their perpetual and ever increasing need for millions and millions of dollars of campaign contributions in order to obtain re-election, will continue to disseminate disinformation to the American populace and will fail to represent them on the bread-and-butter issues, and, in fact, on any issue in opposition to their corporate employers.

Abraham Lincoln was naive.  You need not fool all of the people all of the time. You need only fool enough of the people enough of the time to rig the game and steal from the American populace.  The propaganda methodologies of Hitler, Goebbels, and Lenin are still at work serving the powers that be, successfully being employed to achieve the political ends of the few at the expense of so many.

William Brighenti is a Certified Public Accountant, Certified QuickBooks ProAdvisor, and Certified Business Valuation Analyst. Bill began his career in public accounting in 1979. Since then he has worked at various public accounting firms throughout Connecticut. Bill received a Master of Science in Professional Accounting degree from the University of Hartford, after attending the University of Connecticut and Central Connecticut State University for his Bachelor of Arts and Master of Arts degrees. He subsequently attended Purdue University for doctoral studies in Accounting and Quantitative Methods in Business. Bill has instructed graduate and undergraduate courses in Accounting, Auditing, and other subjects at the University of Hartford, Central Connecticut State University, Hartford State Technical College, and Purdue University. He also taught GMAT and CPA Exam Review Classes at the Stanley H. Kaplan Educational Center and at Person-Wolinsky, and is certified to teach trade-related subjects at Connecticut Vocational Technical Schools. His articles on tax and accounting have been published in several professional journals throughout the country as well as on several accounting websites. William was born and raised in New Britain, Connecticut, and served on the City's Board of Finance and Taxation as well as its City Plan Commission. In addition to the blog, Accounting and Taxes Simplified, Bill writes a blog, "The Barefoot Accountant", for the Accounting Web, a Sift Media publication.
View all posts by William Brighenti →
This entry was posted in Accountants CPA Hartford, Articles and tagged adolf hitler's lies, big lies in politics today, Eric Cantor, if one told a big lie and repeated it, Joseph Goebbels lies, Lenin's propaganda, Michele Bachmann, Paul Ryan, political propaganda in America today, the bigger the lie the more it will be believed, Tim Pawlenty, William Casey's misinformation. Bookmark the permalink.