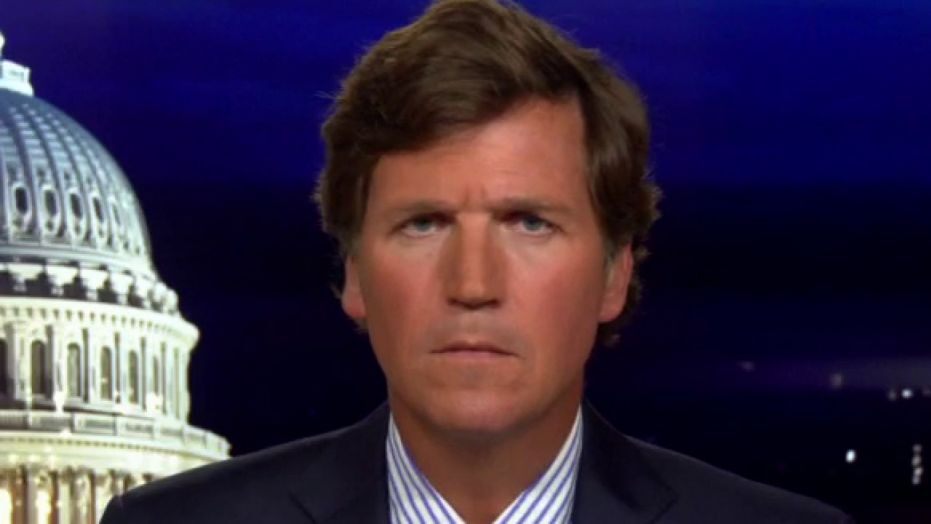 Tucker Carlson: Google and Big Tech are the chief threat to our liberties – and no one is protecting us
By Tucker Carlson

Fox News
On Monday night, we did something we don’t do very often. We spent the entire first block of the show on a single topic.

But in the end, a lot of people saw it. The show turned out to be the most-watched hour of primetime television in the country on Monday. It out-rated everything else — cable and broadcast news, entertainment and sports.

We never talk about ratings, and we’re definitely not telling you this to brag about it. There’s already more than enough bragging in television, that’s for sure. In any case, nothing in television lasts forever. Next week, we’ll probably get beaten by a 3:00 a.m. re-air of “Gilligan’s Island” or a four-hour “Love Boat” retrospective. That’ll probably happen.

So, you keep your views to yourself. You have no choice. A lot of Americans are doing that right now. They’re staying quiet. And of course, that’s the point of censorship — to keep people isolated and alone to prevent a consensus from forming that challenges those in charge. If you’re forced to shut up, they can do what they want to you and your country. That’s why they do it.

But Monday night’s show suggested they have not yet succeeded, though they’re trying. Millions and millions of Americans agree with you. You are not crazy. Your views are not evil.

What is happening to this country right now is completely and totally wrong. And that will be obvious to everyone someday when our French Revolution has ended.

For now, most are too afraid to say that. One of the reasons we get to say that and often do is that Fox News is an independent company. We are not dependent on the progressive tech monopoly, Google, to make a living here. Thank heaven.

Most media companies are dependent on Google. Google controls 70 percent of all online advertising. So, if you’re in the news business, you obey Google. When Google tells you to do something, you do it. You have no choice. They can bankrupt you in a minute, and they will.

In all of human history, no single entity has ever had more control over information than Google does right now. So, if you’re worried about the concentration of power in the hands of a few unaccountable actors — and you very much should be — nobody has more unchecked power than Google does.

On Tuesday afternoon, NBC News decided to use some of Google’s power to shut down a couple of its competitors. Power is useful for that. An NBC employee called Adele-Momoko Fraser forwarded Google executives a screenshot from a leftwing activist group in England denouncing two sites, ZeroHedge and The Federalist as “racist.”

Google is acting directly to shape what people can say and what they’re allowed to speak. It’s a direct effort to stifle free speech.

Google immediately took the bait, of course. The company threatened to ban both news organizations from Google’s ad platform. In other words, to cut off their revenue.

Adele-Momoko Fraser was thrilled by this. She immediately fired off a victory tweet boasting about the censorship she had inspired. She called the two sites “far-right.” That’s a term that has no meaning but does suggest some kind of immoral behavior that Adele-Momoko Fraser disapproves of.

At the end of her tweet, she thanked the activists who helped her to silence competing views “For their hard work and collaboration!” — #BlackLivesMatter with three raised fists at the end. Adele-Momoko Fraser seemed very satisfied with herself. She had done her part for the revolution today.

So what did ZeroHedge and “The Federalist” do to deserve this, to be demonetized? Well, we asked Google, and they told us that the two sites maintained unmoderated comments sections. In other words, readers get to say what they want. Google finds this intolerable.

Faced with destruction, The Federalist had no choice but to submit to Google. The site deleted its comments section entirely. No more saying what you think about articles on “The Federalist.” Google has banned that now.

ZeroHedge still does have comments. So, it has been demonetized. We’ll see if they can continue operating.

All of this raises an interesting question, though. Google says it now holds conservative websites responsible for the comments of their readers. And yet, irony of ironies, thanks to a special carve-out Google has received from the United States Congress — something called Section 230 of the Communications Decency Act, remember that — Google itself is not responsible for content on its platform because the Congress says it doesn’t have to be.

So, if you’re slandered by someone, for example, and that slander passes through Google servers, you cannot sue Google over it. Google is immune from the consequences. Immunity is a very nice thing to have if you’re a big company. Fox News doesn’t have it.

But again, thanks to Congress, Google does have immunity, and that’s one of the main reasons that Google’s founders are some of the richest and most powerful people in the world. Because Congress allowed them to be.

Sen. Josh Hawley has pointed this out. Let’s hope he and his colleagues act soon to revoke this privilege. If Google will not extend 230 protections to others, Google should not enjoy those protections itself, obviously.

Google should have faced these consequences a long time ago. Congress should have done this years ago. It’s been clear for a very long time that the Big Tech monopolies have now surpassed the federal government as the chief threat to our liberties.

Tucker Carlson, 2017: Google is the most powerful company in the history of the world. It’s the portal through which the bulk of our information flows. That means that if Google isn’t on the level, neither is our understanding of the world. To an unprecedented extent, Google controls reality.

And now it is happening. Google is acting directly to shape what people can say and what they’re allowed to speak. It’s a direct effort to stifle free speech. All of that is even truer today.

Why do we ask him? Because Lee chairs the Senate Antitrust Subcommittee. He is the man who could do something to protect you from Google, but Lee has not bothered to do that. Instead, Mike Lee repeatedly has taken the side of the Big Tech companies over your constitutional rights — the constitutional rights Mike Lee is sworn to uphold and protect but refuses to.

So, the question is, why is Mike Lee still sitting in the United States Senate? He should not be in the Senate, that is for sure. We are hoping Mike Lee is soundly defeated in his next primary by someone who cares about the Constitution and more to the point, about protecting Americans from the actual threats they face. We are fervently rooting for that day. We will celebrate it when it happens. We trust it will.

So, how about House Republicans? Well, this spring, Congressman Doug Collins, the ranking member of the House Judiciary Committee, and Jim Sensenbrenner, the ranking member of the Antitrust Subcommittee, released a letter defending Google and the other tech monopolies from scrutiny. They attacked any investigation of the tech companies that might have “preconceived conclusions that large tech companies are inherently bad or must be broken up.”

They actually wrote that. Who is paying these guys? And more to the point, whose side are they on? Again, let us hope for a vigorous primary challenge to these two and any who share this view.

Year in and year out, we vote for these people in the fervent hope they will stand up for us when it matters. Now it matters. And now, like every time before, they sell us out.

Time is up. Seriously, it is too much. The stakes are too high. We need better leadership. We need someone to protect us. Nobody is.

William Brighenti is a Certified Public Accountant, Certified QuickBooks ProAdvisor, and Certified Business Valuation Analyst. Bill began his career in public accounting in 1979. Since then he has worked at various public accounting firms throughout Connecticut. Bill received a Master of Science in Professional Accounting degree from the University of Hartford, after attending the University of Connecticut and Central Connecticut State University for his Bachelor of Arts and Master of Arts degrees. He subsequently attended Purdue University for doctoral studies in Accounting and Quantitative Methods in Business. Bill has instructed graduate and undergraduate courses in Accounting, Auditing, and other subjects at the University of Hartford, Central Connecticut State University, Hartford State Technical College, and Purdue University. He also taught GMAT and CPA Exam Review Classes at the Stanley H. Kaplan Educational Center and at Person-Wolinsky, and is certified to teach trade-related subjects at Connecticut Vocational Technical Schools. His articles on tax and accounting have been published in several professional journals throughout the country as well as on several accounting websites. William was born and raised in New Britain, Connecticut, and served on the City's Board of Finance and Taxation as well as its City Plan Commission. In addition to the blog, Accounting and Taxes Simplified, Bill writes a blog, "The Barefoot Accountant", for the Accounting Web, a Sift Media publication.
View all posts by William Brighenti →
This entry was posted in Accountants CPA Hartford, Articles and tagged Adele-Momok Fraser, barefoot accountant, Big Tech companies, Big Tech monopolies, Black Lives Matter, Communications Decency Act, cpa-connecticut.com, Doug Collins, England, far-right, Federalist, first amendment, free speech, Google, Google and Big Tech are censoring free speech, immunity, Jim Sensenbrenner, June 16 2020, NBC News, racism, Section 230, Sen. Josh Hawley, Sen. Mike Lee of Utah, Senate Antitrust Subcommittee, The Federalist, Tucker Carlson, Tucker Carlson: Elizabeth Warren's enemies on Wall Street and Big Tech are not really her enemies. Here's why, william brighenti, ZeroHedge. Bookmark the permalink.