Posted on January 10, 2017 by William Brighenti 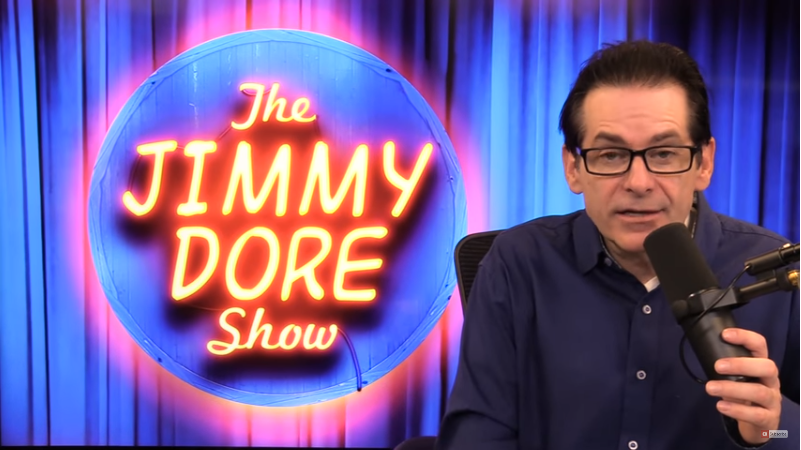 I’m here with the miserable liberal  Stef Zamorano, and we have to talk about this again. We have to keep talking about it because I thought that after the election that the Democrats will get their head out of their ass and start being reality-based again. And I was wrong and they’re going crazy insane.

They’re talking about Russia again, like again like it’s 1980. We used to make fun. I don’t know if you remember in 2012, the Democrats made fun of the Republicans and Mitt Romney because their foreign policy views of Russia were stuck in the eighties.

So we have to talk about what happened and what really happened. So they’re still writing these articles. Politico says Obama says the Democrats lost by not showing up. We already talked about him wagging his finger at the electorate.

But here’s Shaun King from The Daily News. Now he writes a lot of great articles. He is good. I like his stuff. And he wrote this and this article is pretty a comprehensive. He says, the headline is, “Obama and the Clintons still have no earthly idea why the Democratic Party lost the Presidential election.”

And so not to beat a dead horse but it is very instructive to see how what’s wrong with the leadership at the Democratic Party. We all know the big problem is that they became Republicans in the nineties under Bill Clinton and got in bed with the people that they used to oppose, meaning Wall Street and big oil.

So he’s talking about the statements that the President has made and other leading Democrats have made. “The statements, if anything, reveals what happens when politicians are isolated from the American public for so long.” And Barack Obama has, holy shit. “While some nuggets of truth could be found there, by and large, they all severely miss the mark on how and why Hillary Clinton lost. Instead of looking internally at mistakes they made, they continue to look outward, casting blame on anybody and everybody but themselves.”

“The FBI investigation into the Clinton email mess was admittedly a bit of a public fiasco, but Hillary has openly admitted that she mismanaged the safety and security of her emails. In spite of it all, for months on end, Clinton denied violating any policies or laws when the investigation revealed that she actually violated them repeatedly. She has to own she has to own her primary role in that debacle. Secondly, this is Obama’s FBI.”

Again people weren’t necessarily voting for Donald Trump. They were voting out of desperation and against the establishment.

“Trump is a rich, unethical liar with major character problems. To beat him, you run the opposite of that. Clinton, true or not, was not seen as the opposite but the Democratic equivalent.” That is true.

“Secondly, the Democratic Party needed to be the party of progressive populism to beat the rise of Trump’s phony conservative populism, but they chose candidates and strategies that simply could not do this.”

“The Black Lives Matter Movement never really believed Clinton cared. She all but ignored the Dakota Access Pipeline in spite of the fact that millions of people were outraged about it. While workers and unions and everyday people had joined the fight for $15 minimum wage battle, Clinton and her team waffled on it every chance they got. Documents revealed that she supported fracking.

Terry McAuliffe, who by all accounts is among the closest confidantes of the Clinton family, openly said she would flip on TPP once elected. Instead of being anti-war, she was seen as a hawk”.

“In other words, while progressives were fighting against police brutality, against the Dakota Access Pipeline, against TPP, against fracking and for a $15 minimum wage, Clinton was consistently on the wrong side of each of those issues.” Yeah, ah, Russia Comey.

“Clinton campaign lost because they ran a bad campaign for the time that we actually live in. The Democratic Party put out the wrong candidate, but even with her, they could have and should’ve still won the election, but they repeatedly ignored and dismissed progressive people and causes that could’ve tipped it in her favor.” No doubt. She would not even mention DAPL, she would not even put a progressive as her Vice President. Barack Obama was nominating a practically corporate Republican to the Supreme Court at the same time he was pushing TPP. What’s the point of the Democratic Party?

“As nice as Tim Kaine is, they chose a Vice President who was safe, but did nothing to move the needle even marginally. Even now, as a Democratic establishment seems hell-bent on not choosing Keith Ellison as the leader of the DNC in spite of widespread progressive support for him. I’ve never seen anything like it.”

That’s what happened to your party. Why is it so fucked up? Why did you nominate such a colossally flawed, the biggest flawed candidate in the history of the Democratic Party? Why did you guys nominate her? Because the machine is broken inside the Democratic Party, the way everything works, was broken by Bill Clinton and Hillary Clinton. They turned the Democrats into Republicans, which is why they sound like fucking lunatics now. They’re even red-baiting non-stop. For Christ’s sake, get a hold of yourselves.

“Hundreds of thousands of people have come forward to say they want Keith Ellison to lead the party, but the party stalls and stalls and stalls, and seems determined to do anything other than pick the progressive choice. If the Democratic Party is going to have any success moving forward, it must lean into progressive populism and not away from it. So far, I don’t see this happening and the Obamas and Clintons don’t seem to be taking us there.”

So way to go, Shaun King. He nails it again and again. The people who supported Hillary and the primary are still doubling down on their on purpose stupidity and ignorance. I don’t know what it was. You raised wrong, or if you’re all adult children of alcoholics, or what the fuck your problem is, you can’t even admit a basic truth. You guys are as bad as George Bush supporters, and that’s not hyperbole.

That’s the problem with why people hated the George Bush administration because they lied and gas lighted and wouldn’t admit the fucking truth everyone can see on their TV. And now the people who supported Hillary in the primary are exactly on purpose as ignorant as they are. And that’s why I want to get out of the Democratic Party. I think we need a third party but we need a charismatic leader to start it, to get it really going.

I think I’m joining the Democratic Socialist Party. They’re really booming. By the way their numbers are really climbing. And I line up with them, and we need a charismatic leader to get it done.

I’m telling you, half the Democratic Party, I don’t think, they can be saved. The people who are backing Chuck Schumer and Nancy Pelosi and who are still screaming about Russia and those people, they’re determined to make the Democrats losers. They’re just as dumb as the Republicans were.

See what donor money does? It infects their brains. And now they are worthless.

Those people who are now Democrats, the Josh Barros, we have to make it a party that those people are uncomfortable to be in. And if not, we got to start a third party. Who gives a fuck about the Democratic Party? Who cares? They screwed over Bernie. And now they gave us Trump.

What are you going to do? Turn around and support them again? And then they’re still turning their backs on the progressives; they are still shitting all over us. What is the fucking point of this? They’re determined to lose again and again and again because they’re clinging to bad ideas on purpose because it’s their money train.

But I know it’s easier for people who aren’t original thinkers to blame me, and blame Jill Stein, and blame Russia, instead of trying to actually blame the people who actually have the power to do something about it.

William Brighenti is a Certified Public Accountant, Certified QuickBooks ProAdvisor, and Certified Business Valuation Analyst. Bill began his career in public accounting in 1979. Since then he has worked at various public accounting firms throughout Connecticut. Bill received a Master of Science in Professional Accounting degree from the University of Hartford, after attending the University of Connecticut and Central Connecticut State University for his Bachelor of Arts and Master of Arts degrees. He subsequently attended Purdue University for doctoral studies in Accounting and Quantitative Methods in Business. Bill has instructed graduate and undergraduate courses in Accounting, Auditing, and other subjects at the University of Hartford, Central Connecticut State University, Hartford State Technical College, and Purdue University. He also taught GMAT and CPA Exam Review Classes at the Stanley H. Kaplan Educational Center and at Person-Wolinsky, and is certified to teach trade-related subjects at Connecticut Vocational Technical Schools. His articles on tax and accounting have been published in several professional journals throughout the country as well as on several accounting websites. William was born and raised in New Britain, Connecticut, and served on the City's Board of Finance and Taxation as well as its City Plan Commission. In addition to the blog, Accounting and Taxes Simplified, Bill writes a blog, "The Barefoot Accountant", for the Accounting Web, a Sift Media publication.
View all posts by William Brighenti →
This entry was posted in Accountants CPA Hartford, Articles and tagged $15 minimum wage, $360 annual exclusion from taxes volunteer firefighters, Bernie Sanders, Bill Clinton, blame Russia, Cenk Uygur on President Obama's born-again progressive speeches, Clintons, Comey, Dakota Access Pipeline, DAPL, Democratic Party, Donald Trump, fossil fuel, Glass-Steagall, Hillary Clinton, Jill Stein, Jimmy Dore, jobs, Obama, populism, President Obama, Republicans, Russians, Sanders Slams Trump for Attacks on Clintons, Shaun King, The Democrats lost the election because they became Republicans in the nineties under Bill Clinton, Tim Kaine, TPP, transcript, video, Wall Street. Bookmark the permalink.