Tax season is too short

Posted on February 25, 2011 by William Brighenti 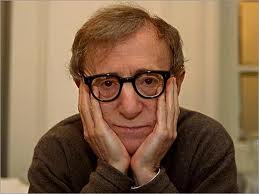 The other day I was reminded of an old Woody Allen joke.

Two guys go into a restaurant for lunch.  The first guy remarks that the steak is too tough, the vegetables mushy, the bread hard as a brick, and the soup cold as ice.

The second guy agrees and then adds that the portions are too small.

I thought of this joke while talking to another Certified Public Accountant.  He was going on and on complaining about tax season, saying he had too much work, that his clients were bringing in records that were a mess, that virtually all of his clients were questioning his bills, that many were not paying him, that he couldn’t find good help for tax season, and that his wife threatened to leave him because during tax season he was a total stranger and too tired to have sex.

And then he complained about tax season being too short.

William Brighenti is a Certified Public Accountant, Certified QuickBooks ProAdvisor, and Certified Business Valuation Analyst. Bill began his career in public accounting in 1979. Since then he has worked at various public accounting firms throughout Connecticut. Bill received a Master of Science in Professional Accounting degree from the University of Hartford, after attending the University of Connecticut and Central Connecticut State University for his Bachelor of Arts and Master of Arts degrees. He subsequently attended Purdue University for doctoral studies in Accounting and Quantitative Methods in Business. Bill has instructed graduate and undergraduate courses in Accounting, Auditing, and other subjects at the University of Hartford, Central Connecticut State University, Hartford State Technical College, and Purdue University. He also taught GMAT and CPA Exam Review Classes at the Stanley H. Kaplan Educational Center and at Person-Wolinsky, and is certified to teach trade-related subjects at Connecticut Vocational Technical Schools. His articles on tax and accounting have been published in several professional journals throughout the country as well as on several accounting websites. William was born and raised in New Britain, Connecticut, and served on the City's Board of Finance and Taxation as well as its City Plan Commission. In addition to the blog, Accounting and Taxes Simplified, Bill writes a blog, "The Barefoot Accountant", for the Accounting Web, a Sift Media publication.
View all posts by William Brighenti →
This entry was posted in Accountants CPA Hartford, Articles and tagged accounting humor, Tax season is too short, The Barefoot Accountant is at it again, Woody Allen. Bookmark the permalink.