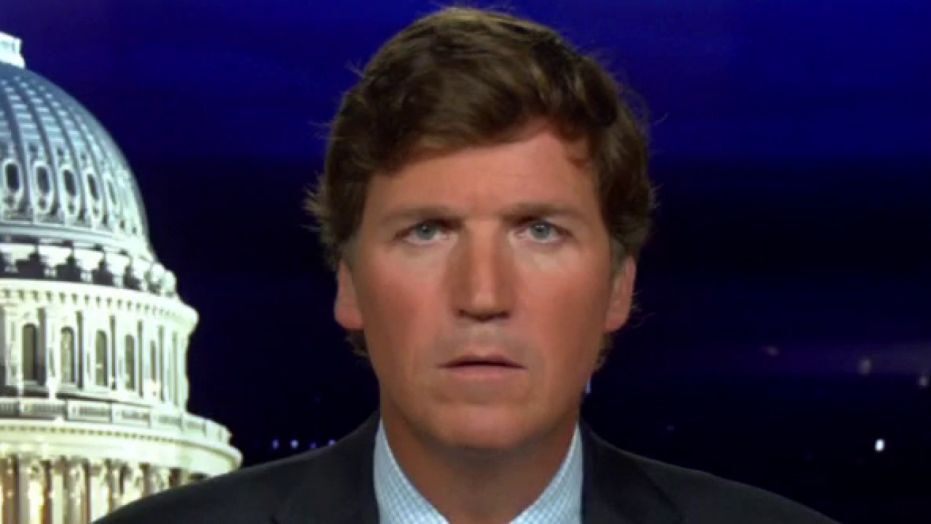 Tucker Carlson: No one attempted to stop Democratic power grab, Republicans have let down millions
By Tucker Carlson

Fox News
You can be forgiven if the events of the last month caught you by surprise. You didn’t expect them. You’d become used to dismissing the American left out of hand as a joke, because they are.

Since the day Donald Trump was inaugurated, the Democratic Party has been helplessly disorganized and totally ineffective as a political party. They wasted years chasing invisible Russian agents, and then making weird and unintelligible sounds about something called “Ukraine.”

It’s still not clear what they meant by that. Their entire political strategy was bizarre and in the end, it was counterproductive. It hurt them with voters. They went down in the polls. Only buffoons do that in politics. These people couldn’t organize your kids’ birthday party. They didn’t make their beds this morning.

And yet suddenly, out of nowhere, they roared back and took over the country. They did it in less time than it takes most people to go on spring vacation. What happened? How did they do that?

Well, it’s simple. Nobody stopped them. There was no opposition to their power grab. The other side surrendered on Day One without a fight.

The rest of us watched all of this with our jaws hanging open in shock. It was the opposite of what we expected.

Millions of people regularly vote for the Republican Party precisely because they would like someone to protect this country from the crazed ideologues who seek to destroy it. There are many of them, you’re watching them on television now.

There’s not really another reason to vote for Republicans unless you happen to be one of those rare people who wants more pointless foreign wars and enjoys sucking up to banks. Most people don’t.

You vote for Republicans to protect you from this.

But when the moment of crisis came, Republicans ran away.

Major American cities were looted and burned on television. Citizens were beaten and murdered.

Works of public art were destroyed by the score. America’s history – those shared experiences that bind us together as a nation – was plundered and completely rewritten by illiterate vandals.

Most Americans assumed they would never live to see a moment like this, but they have, it’s still going on.

And the question that hangs in the air is: Where are our protectors?

At the height of the riots, the president of the Heritage Foundation – that’s the nation’s single largest conservative think tank, it has consumed billions of donor dollars – the president of Heritage wrote an op-ed accusing America of being irredeemably racist.

Her name is Kay Coles James. You probably have sent her money. As America burned, Kay Coles James, president of the Heritage Foundation, piled on. And she wasn’t alone in that. So many on the right did exactly the same thing.

In the state of Iowa, the Republican governor announced that she was giving felons the vote by executive order, not even waiting for the election, just doing it, signing it.

Meanwhile, almost everywhere, ordinary Americans came under attack for the color of their skin – acts of actual racism, where people were being hurt for their race, something they can’t control, something they were born with – and yet no Republicans rose to defend them. Republicans refused even to defend the principle of equality under the law, the foundation of this country, the most important thing we have. Not defended.

Really, in the end, the only people who gained anything in the revolution were the ones waging it. Our leaders – very much including our Republican leaders – shamefully, were focused on meeting their demands.

So what should we conclude from what we just saw?

The message, unfortunately, could not be clearer: voting is for fools. You vote, you put these people into office with your votes, and in return they patronize you. And when it matters, they abandon you. They have contempt for you. You know they do, you can smell it. It’s obvious.

Voting doesn’t work. But when your riot, and you burn things and you hurt people, you get a very different response.

When you do those things our leaders snap to attention. They tiptoe around your feelings, as Republicans are. They give you what you want, as Republicans are. Rioting works. That’s the message they’re sending. Think about that. It’s the most dangerous possible message you can send because it guarantees more violence.

You’ve got to wonder how all of this would have played out if Barack Obama was still president. Let’s say it was the summer of 2011, right before Obama’s reelection campaign started in earnest.

Imagine if, at that politically critical moment, violent mobs of Mitt Romney supporters began looting and burning major American cities, screaming racist slogans as they did it. Hard to imagine, but try.

Most Americans would find that appalling and disgusting – we certainly would.

But let’s say the mob kept doing it, because nobody stopped them. Imagine if the people who planned to vote for Barack Obama in the fall knew they couldn’t admit that in public – if citizens wearing Obama hats were physically assaulted, punched in the face, thrown to the sidewalk and kicked.

Imagine if anyone who spoke out against the mobs, or showed support for Obama’s campaign, was censored or de-platformed by tech monopolies that operated at the pleasure of federal regulators.

Imagine if those same monopolies censored President Obama himself.

So ask yourself sincerely: If all of that happened, how do you think Barack Obama would have responded? By tweeting angry things? By effectively apologizing to the mob, meeting their demands for “reform,” and then declaring a new national holiday at their request?

It’s hard to imagine Barack Obama doing that. It’s hard to imagine him complaining that, as president of the United States, he didn’t have the power to stop political violence, or preserve the integrity of an election, or protect free speech, or public art, or the nation’s history itself.

No. That would not happen.

Instead, within about 10 minutes, you would see the Obama Justice Department indict every single person involved, on federal conspiracy and civil rights charges. You would watch as SEAL Team Six reclaimed downtown Seattle. You’d see airborne units drop from the sky into Atlanta, Minneapolis and Portland.

You would see whatever it took to stop the chaos. That revolution would not last long. Say what you will about Barack Obama, and we do, but he never doubted he had the constitutional authority to act and he did act. Obama knew a threat when he saw one.

We thought Republicans understood that. That’s why we supported them. But this crisis has revealed the truth. Now we know who they are. It could not be clearer and now it’s time to find new leaders.

William Brighenti is a Certified Public Accountant, Certified QuickBooks ProAdvisor, and Certified Business Valuation Analyst. Bill began his career in public accounting in 1979. Since then he has worked at various public accounting firms throughout Connecticut. Bill received a Master of Science in Professional Accounting degree from the University of Hartford, after attending the University of Connecticut and Central Connecticut State University for his Bachelor of Arts and Master of Arts degrees. He subsequently attended Purdue University for doctoral studies in Accounting and Quantitative Methods in Business. Bill has instructed graduate and undergraduate courses in Accounting, Auditing, and other subjects at the University of Hartford, Central Connecticut State University, Hartford State Technical College, and Purdue University. He also taught GMAT and CPA Exam Review Classes at the Stanley H. Kaplan Educational Center and at Person-Wolinsky, and is certified to teach trade-related subjects at Connecticut Vocational Technical Schools. His articles on tax and accounting have been published in several professional journals throughout the country as well as on several accounting websites. William was born and raised in New Britain, Connecticut, and served on the City's Board of Finance and Taxation as well as its City Plan Commission. In addition to the blog, Accounting and Taxes Simplified, Bill writes a blog, "The Barefoot Accountant", for the Accounting Web, a Sift Media publication.
View all posts by William Brighenti →
This entry was posted in Accountants CPA Hartford, Articles and tagged Barack Obama, barefoot accountant, Congressional Republican, cpa-connecticut.com, Heritage Foundation, IOWA GOV. Kim Reynolds, June 19 2020, june nineteenth national holiday, Kay Coles James, Mitt romney, mob rule, principle of equality under the law, Republican leaders abandoned conservatives and police officers and law and order during riots, tech monopolies, Tucker Carlson. Bookmark the permalink.