Posted on October 2, 2017 by William Brighenti 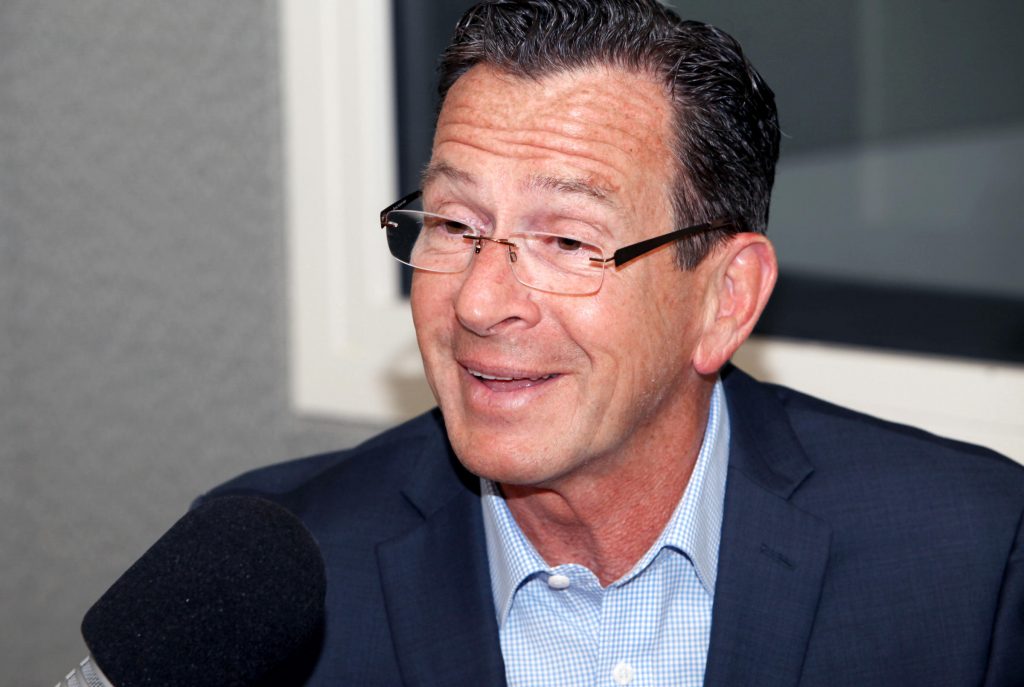 Sometimes there’s a fine line between kicking the can down the road and gradually phasing in difficult change. Not this year, not in Connecticut. The difference is a chasm. The sweetheart deal that Governor Malloy and his fellow Democrats in the General Assembly cut with state employee unions, the so-called SEBAC agreement, is protected by contract for a full decade —leaving meaningful reforms waaay down the road. The contract is the mother of all can-kicks.

Nevertheless, after the deal was struck, Republicans didn’t give up. They included in their own budget proposal several reforms starting after the expiration of the contract. Lo and behold, the GOP’s budget passed both houses of the Democrat-controlled Assembly.

Five Democrats in the house of representatives followed suit, and the GOP budget passed the Democrat-controlled house by 78–72. Governor Malloy has vetoed the measure, arguing, amongst other things, that enactment of the reforms constitutes a SEBAC contract violation, even though the reforms take effect only after the expiration of the SEBAC agreement. Malloy & Co. say the budget risks an employee-union lawsuit.

Even though the reforms take effect ten years hence, their impact is worth $322 million in
savings today, according to actuarial analysis. Even though they will be realized only in years 11 through 30 of the actuarial time horizon, they impact the schedule of payments over the whole 30-year horizon, resulting in the $322 million reduction in the state’s required contribution to the pension fund over the fiscal 2018–fiscal 2019 biennium.

What are the key reforms? First, the GOP budget bill eliminates overtime spiking, i.e., calculating pensions based on overtime earned in the years immediately prior to retirement, as opposed to average overtime over a full career. Spiking allows soon-to-retire employees to log extensive overtime hours in order to inflate their pensions. Second, the GOP budget requires state employees to contribute to their own pensions at the nationwide average for public employees, presently about 7 percent of salary/wages (versus 2–4 percent under SEBAC).

Third, it eliminates cost-of-living-adjustments (COLAs) for post-2027 retirees until the pension fund reaches 80 percent (presently, Connecticut is only about 35 percent funded). Fourth, for employees with salaries near and above the Social Security “tax and benefit base” ceiling ($127,200 annual earnings), it eliminates a pension supplement that “makes up” for “lost” Social Security benefits near and above the ceiling. Finally, the GOP budget mandates that future labor contracts not have a term of more than four years.

These reforms introduce basic fairness. Overtime spiking is a notorious abuse. Two other reforms bring Connecticut employees in line with national averages. The fourth simply applies to the state’s retirement program the same needs-based philosophy that governs the federal Social Security retirement program. Indeed, even after these pension reforms, Connecticut state employees will still have far more generous pension and health-care benefits than most workers in the private sector, where pensions have all but vanished and health-care costs have skyrocketed.

William Brighenti is a Certified Public Accountant, Certified QuickBooks ProAdvisor, and Certified Business Valuation Analyst. Bill began his career in public accounting in 1979. Since then he has worked at various public accounting firms throughout Connecticut. Bill received a Master of Science in Professional Accounting degree from the University of Hartford, after attending the University of Connecticut and Central Connecticut State University for his Bachelor of Arts and Master of Arts degrees. He subsequently attended Purdue University for doctoral studies in Accounting and Quantitative Methods in Business. Bill has instructed graduate and undergraduate courses in Accounting, Auditing, and other subjects at the University of Hartford, Central Connecticut State University, Hartford State Technical College, and Purdue University. He also taught GMAT and CPA Exam Review Classes at the Stanley H. Kaplan Educational Center and at Person-Wolinsky, and is certified to teach trade-related subjects at Connecticut Vocational Technical Schools. His articles on tax and accounting have been published in several professional journals throughout the country as well as on several accounting websites. William was born and raised in New Britain, Connecticut, and served on the City's Board of Finance and Taxation as well as its City Plan Commission. In addition to the blog, Accounting and Taxes Simplified, Bill writes a blog, "The Barefoot Accountant", for the Accounting Web, a Sift Media publication.
View all posts by William Brighenti →
This entry was posted in Accountants CPA Hartford, Articles and tagged Connecticut union concession bill, Democrat, GOP budget, Governor Malloy, Joe Aresimowicz, kicking the can down the road, Republican, SEBAC agreement, spiking, state employee unions, The SEBAC agreement is the mother of all can-kicks, The SEBAC agreement is the mother of all can-kicks a sweetheart deal protected by contract for a full decade. Bookmark the permalink.