Hillary Clinton and the corporate Democrats lost because Donald Trump ran to their left and outflanked them so don’t blame Jill Stein or sexism or racism. Video and transcript.

Posted on December 5, 2016 by William Brighenti 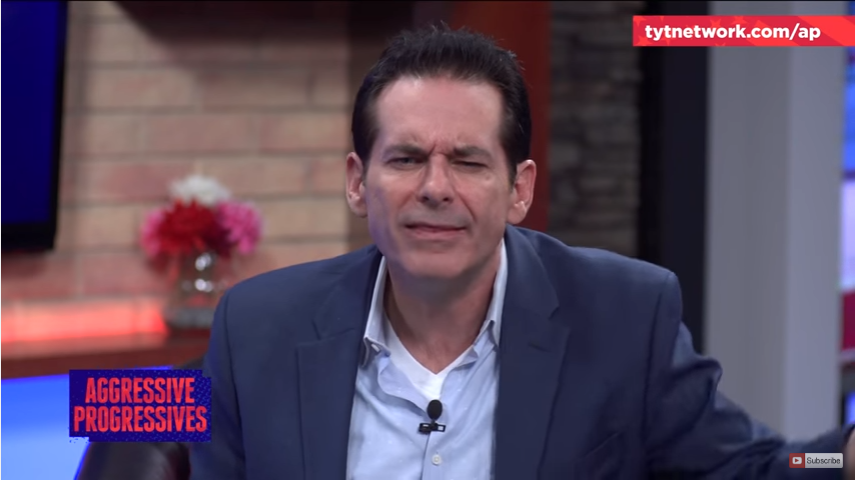 You’re doubling down on a bad strategy just like all of the people, like Debbie Wasserman Schultz and all the other people in the Democratic Party, who were doing an autopsy on what happened and their autopsies is, “we didn’t do nothing wrong; it’s just too many racists in America.”

I saw Al Jazeera do a thing like that today: “there’s too many racists; it had nothing to do with economics.” Have you seen that, Steve? They’re literally saying now it has nothing to do with economics because the people who voted for Trump come from counties that were doing better. Stick your head in the sand all you want. There’s got to be a reason for the Democrats to suppose to exist. And the reason the Democrats are supposed to exist is to be an opposition party to the Republicans.

If you’re in bed with the same people, taking money from the same people, you’re no longer an opposition party. There’s no reason for you to exist. And guess what? Don’t be surprised that people don’t vote for you.

They just lost 69 House seats under Nancy Pelosi. They just lost to Donald Tiny-Hands Trump under Debbie Wasserman Schultz. Yuck! So it’s up to the Democrats.

People are angry at me, people are still angry at me about this election. They’re still not angry at these motherfuckers. That is unbelievable. Go ahead, Steve.

Steve Oh: Yeah, so the lesson that you learn is that they lost because of sexism. [Snickering.] What’s their proposed solution? Well next time run a guy run. If they lost from racism, next time run a white guy.

Jimmy Dore: Oh, they ran a white one in this time.

Steve Oh: Yeah, so if the lesson is that, oh, you know we lost because, you know, we were too left, next time run a white guy farther to the right, but not quite as far as the Republican candidate.

Steve Oh: So the choice you’re giving the electorate is an extremely right wing guy and then the person who is slightly less right wing.

Jimmy Dore: I don’t want to show up.

Steve Oh: And then you lose.

Jimmy Dore: And then you lose.

Jimmy Dore: So this is very much watching Debbie Wasserman Schultz say, “hey, believe me, if I wanted to rig the election….” Well, you know who else said that? O. J. Simpson. Remember he wrote that book, “if I did it, this is how I would have did it.” That’s exactly like O. J. Simpson.

Steve Oh: Yeah, and you know, also blame the third party. The lesson there is to next time ruthlessly crush any third-party voices.

Jimmy Dore: Smear them. They already did that this time.

Steve Oh: And it’s so stupid because the math just doesn’t work, right? So Jill Stein got, what, one percent of the vote?

Jimmy Dore: Something. Even less, maybe.

Steve Oh: So let’s do one percent for easy math purposes. Well 50-percent of the people didn’t vote at all. So let’s say out of the fifty percent of the people, half of them were lazy losers who are never going to vote because they are bad people. Let’s just pretend, right. The other half would have voted under the right circumstances. Well, that’s still 25 times bigger than who actually voted for Jill. So you can’t blame the third party either.

But they are blaming third parties, they’re sexists, they’re racists, blah blah blah. No, you blame the person in the mirror.

Well they actually again are doing what they always do, the Democrats, is they speak the language of populism, right? So you hear….

Steve Oh: They don’t even do that anymore.

Jimmy Dore: Well, I just saw Howard Dean on Morning Joe Blow Job and he was talking about how it’s time to let the millennials take over,, time to step away, except he was there rooting on the re-election of Nancy Pelosi saying what a great leader she is. And he’s also running for the chair of the DNC. But at the same time is that we got to let go….

Steve Oh: Wasn’t he the one who appointed James Comey?