Posted on September 24, 2016 by William Brighenti 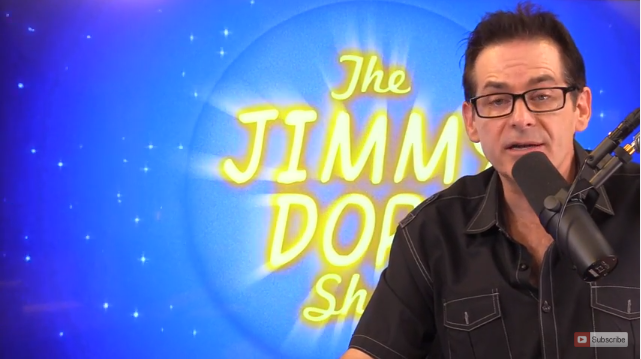 Jimmy Dore: So guess what: everybody’s coming down on me for wanting to vote my conscience. Right, because I don’t want to vote for a warmonger. Right, which is what Hillary Clinton is. She voted for the Iraq war, which to Democrats that used to be a disqualifier ever since Howard Dean. Was a disqualifier but now ignoring her vote on the Iraq war is the progressive thing to do. Which is ridiculous, right, because we’re still paying for that.

So why is it she tweets this out: she said vote your conscience. So I’m going to vote my conscience because I can’t support a warmonger or someone who’s against helping climate change, which she is: she’s pro-fracking, which is worse, we’ve been told, than coal-burning because of the methane. And she doesn’t accept the science on fracking.

Jimmy Dore: Petulant. They’ve called me reckless. I’ve been called everything. Also my character has been assaulted because I’m too lazy, I don’t have the character to do the work to get informed about Hillary Clinton.

Jimmy Dore: Then say that. Then say that: please let’s overlook her horribleness. I can’t believe we ended up here.

Unidentified Speaker: You just can’t put that on TV spot though. I mean, how is that going to go down?

Unidentified Speaker: Right, l you’re cute, you’re delicious and edible, I’m sure. But what I would say is that, of course, makes no sense. I understand the argument, which is, Jimmy, the viable vote, the vote that has a chance to carry the election, has to be cast for Hillary or Donald Trump. The Jill Stein protest vote is effective in the protest arena but it doesn’t actually affect the likely outcome, which will be one or the other. I get that. And so in that context, they’re saying, Jimmy, vote your conscience that way.

But all the other stuff they’re doing, which is keeping on the, you’re misinformed, you don’t know what you’re talking about, you haven’t seen the stuff, that’s, of course, it’s because you’re over informed that you can make these points. She isn’t a good choice. She’s a bad choice. But given the alternative, and the I believe the guy she’s running against his as mobbed up as you can be, I mean, really….

Unidentified Speaker: I mean, you’re right. It’s awful. Mommy and daddy are both bad. I wish I could say one was good. They’re not.

Jimmy Dore: She has some more experience of our own: she took some sniper fire in Bosnia [laughter]. Trump is such a liar. Vote your conscience but only if your conscience tells you to vote for Hillary.

William Brighenti is a Certified Public Accountant, Certified QuickBooks ProAdvisor, and Certified Business Valuation Analyst. Bill began his career in public accounting in 1979. Since then he has worked at various public accounting firms throughout Connecticut. Bill received a Master of Science in Professional Accounting degree from the University of Hartford, after attending the University of Connecticut and Central Connecticut State University for his Bachelor of Arts and Master of Arts degrees. He subsequently attended Purdue University for doctoral studies in Accounting and Quantitative Methods in Business. Bill has instructed graduate and undergraduate courses in Accounting, Auditing, and other subjects at the University of Hartford, Central Connecticut State University, Hartford State Technical College, and Purdue University. He also taught GMAT and CPA Exam Review Classes at the Stanley H. Kaplan Educational Center and at Person-Wolinsky, and is certified to teach trade-related subjects at Connecticut Vocational Technical Schools. His articles on tax and accounting have been published in several professional journals throughout the country as well as on several accounting websites. William was born and raised in New Britain, Connecticut, and served on the City's Board of Finance and Taxation as well as its City Plan Commission. In addition to the blog, Accounting and Taxes Simplified, Bill writes a blog, "The Barefoot Accountant", for the Accounting Web, a Sift Media publication.
View all posts by William Brighenti →
This entry was posted in Accountants CPA Hartford, Articles and tagged Cambodia, Democrats, George Bush, Hillary Clinton, Jill Stein, Jimmy Dore, Jimmy Dore says voting your conscience means not voting for Hillary Clinton but for Jill Stein, Jimmy Dore Show, Kissinger, Progressives, Ralph Nader, Republicans, vote your conscience. Bookmark the permalink.