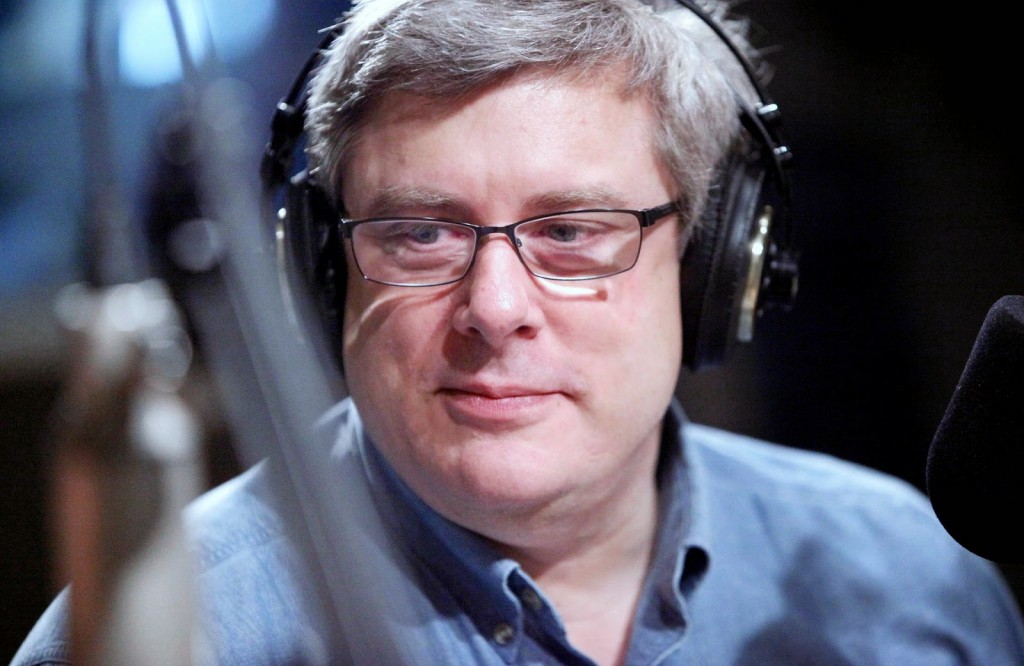 Bill Curry:  “In some ways, you would be [surprised that the polls in Connecticut are busy today]. Last week, on the Democratic side, every story said that it’s all over for Bernie; it’s so difficult to put this nomination together. And Bernie supporters really do feel that they are part of the revolution. They really do feel that this is a movement. Their dissatisfaction with the party leadership is really deep. And it turns out that nothing can keep them from showing up. Hearing a week of negative stories doesn’t seem to dampen their spirits at all. He has a real chance here…

On the Hillary side, on the establishment’s side, you hear a lot of calls for Sanders to drop out. And the thing is, this has always been about two things: this is about the base of the party in a revolt against its elites. This is not just in the Democratic party but in both parites. If you look at Sanders and Trump, it’s not just a left insurrection or a right insurrection, this is an insurrection of the broad middle class against the entire political establishment. This is a revolt against corruption in the eyes, I believe, of a solid majority of Americans.

So when the pundits on the national television say, maybe this next round will wind it up, there’s no reason for the Republicans to surrender their party to Trump, and there’s no reason for the Sanders supporters to give up their fight. And so it’s not just a question of picking a nominee, on each side they are trying to secure a future here. It’s going to go all the way to both conventions regardless of the results….

The largest rally on the [New Haven] green since the Black Panther’s trial of 1970. I think it’s been 40 years since a crowd that large assembled in New Haven for any reason. Having spent the last few years worrying that the grassroots democracy was just about dying out, the campaign trail was like the streets of Laredo with swinging saloon doors, tumbleweed bouncing down an empty Main Street, and suddenly the rooms are full in both parties. Suddenly these rallies are full.

If you want to take a step back from it, there’s a really hopeful sign here of a public that won’t give up on its democracy. That’s really good news.”

William Brighenti is a Certified Public Accountant, Certified QuickBooks ProAdvisor, and Certified Business Valuation Analyst. Bill began his career in public accounting in 1979. Since then he has worked at various public accounting firms throughout Connecticut. Bill received a Master of Science in Professional Accounting degree from the University of Hartford, after attending the University of Connecticut and Central Connecticut State University for his Bachelor of Arts and Master of Arts degrees. He subsequently attended Purdue University for doctoral studies in Accounting and Quantitative Methods in Business. Bill has instructed graduate and undergraduate courses in Accounting, Auditing, and other subjects at the University of Hartford, Central Connecticut State University, Hartford State Technical College, and Purdue University. He also taught GMAT and CPA Exam Review Classes at the Stanley H. Kaplan Educational Center and at Person-Wolinsky, and is certified to teach trade-related subjects at Connecticut Vocational Technical Schools. His articles on tax and accounting have been published in several professional journals throughout the country as well as on several accounting websites. William was born and raised in New Britain, Connecticut, and served on the City's Board of Finance and Taxation as well as its City Plan Commission. In addition to the blog, Accounting and Taxes Simplified, Bill writes a blog, "The Barefoot Accountant", for the Accounting Web, a Sift Media publication.
View all posts by William Brighenti →
This entry was posted in Accountants CPA Hartford and tagged April 26 2016, Bernie Sanders, Bill Curry analyzes the Connecticut primaries April 26 2016, Connecticut primaries, Democratic Party, Donald Trump, Fox CT News, New Haven Green rally for Bernie Sanders, Republican party. Bookmark the permalink.