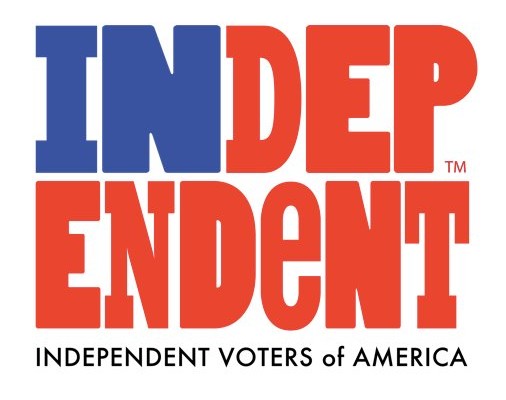 There are approximately 5,000 unaffiliated registered voters in Berlin, Connecticut in comparison to approximately 4,000 Democratic voters and 3,000 Republican voters.  There must be reasons why voters did not register with either of the two major political parties.

Perhaps one of the reasons so many voters registered as unaffiliated was because of their disgust with major political parties.  At the national level, our government has encountered gridlock on many important issues, leaving serious problems unresolved.  Immigration, tax reform, money in politics, unfair trade agreements, invasion of privacy, are just some of the issues that a majority of American voters want addressed in this country.

On the Town Council in Berlin, Connecticut, we have witnessed voting by members on key important financial matters along strict party lines even though each election cycle we have been assured that they would reach across the aisle to work with those who belong to a different political party.  The result, in my opinion, has been the party in power succeeding in promoting its party’s economic agenda, whether it be in the best interests of the citizens of Berlin.

Results of referendums have been largely ignored, if not dismissed entirely.  Taxes this year have increased 4.7% over those of the previous year even though real disposable income of the majority of Berlin residents have not been increasing.  Businesses have closed while it has been rumored that some new businesses have shunned Berlin, going to adjacent towns.  Even some residents have voiced concerns over fear of being targeted by employees of the Town of Berlin, Connecticut.  Do you recall the Berlin coaches who feared coming forward publicly to address their concerns with the Town’s School Board?

If Berlin citizens support and vote for individuals running as independent candidates, perhaps we can change the political climate on our Town Council.  For instance, if three Democrats and three Republicans need the vote of the independent candidate on the Town Council, perhaps then control of our Town can be wrested from the dominance of any one political party, which would ordinarily be in control of the Town Council by the mere fact that seven members serve on it.

Let’s consider electing an independent, unaffiliated voter to represent the majority of citizens living in the Town of Berlin.  If you are interested in supporting this proposal, forming a committee to nominate a candidate, petitioning citizens to place an independent candidate on the ballot, or running for office on the Town Council in Berlin, please contact us:  berlinctpropertyownersassn@gmail.com.

William Brighenti is a Certified Public Accountant, Certified QuickBooks ProAdvisor, and Certified Business Valuation Analyst. Bill began his career in public accounting in 1979. Since then he has worked at various public accounting firms throughout Connecticut. Bill received a Master of Science in Professional Accounting degree from the University of Hartford, after attending the University of Connecticut and Central Connecticut State University for his Bachelor of Arts and Master of Arts degrees. He subsequently attended Purdue University for doctoral studies in Accounting and Quantitative Methods in Business. Bill has instructed graduate and undergraduate courses in Accounting, Auditing, and other subjects at the University of Hartford, Central Connecticut State University, Hartford State Technical College, and Purdue University. He also taught GMAT and CPA Exam Review Classes at the Stanley H. Kaplan Educational Center and at Person-Wolinsky, and is certified to teach trade-related subjects at Connecticut Vocational Technical Schools. His articles on tax and accounting have been published in several professional journals throughout the country as well as on several accounting websites. William was born and raised in New Britain, Connecticut, and served on the City's Board of Finance and Taxation as well as its City Plan Commission. In addition to the blog, Accounting and Taxes Simplified, Bill writes a blog, "The Barefoot Accountant", for the Accounting Web, a Sift Media publication.
View all posts by William Brighenti →
This entry was posted in Accountants CPA Hartford, Articles and tagged Berlin Connecticut, Berlin Connecticut needs candidates from a third political party to stop the strict partisan voting on the Town Council, Berlin Town Council, democracy, Democratic Party, independent candidates, independent party, partisan politics, Republican party, special interests, voting along strict party line. Bookmark the permalink.