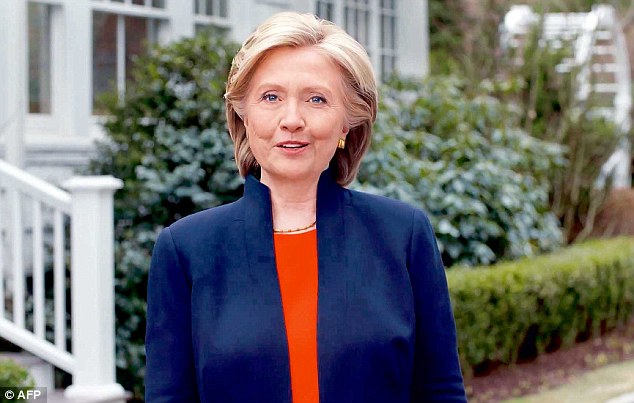 The Barefoot Accountant of Accountants CPA Hartford, Connecticut, LLC, presents the video and edited transcript of Farron Cousins’ op-ed, “Hillary’s Faux Populism is No Match For Bernie Sanders”, which appeared on Ring of Fire TV on May 18, 2015.

Hillary’s Faux Populism is No Match For Bernie Sanders

One of the biggest news stories of the past week is that Bernie Sanders, the independent Senator from Vermont, has announced that he is going to run for President as a Democrat, effectively challenging Hillary Clinton for the Democratic nomination.  Now what this means is that finally in this entire clown-car of Presidential candidates that we have seen from Rubio, Rand Paul, Hillary Clinton, and Ted Cruz, we finally have a candidate out there who actually cares about the American people.

And this is a huge step forward for America. I really think that Bernie Sanders’ candidacy, whether or not he succeeds in getting the nomination, [is significant in that] he still could pull the other candidates like Hillary Clinton a little bit further to the left.

And if you have been paying attention to some of the pundits out there, you noticed that Hillary Clinton is starting to sound a little bit like more like a populist.  She is trying to co-op the Elizabeth Warren message, or the Bernie Sanders message, that we have to do something about these Wall Street banks that are screwing over consumers and taking all their monies, … and doing all of these illegal schemes.

It’s along the lines of what we saw with President Obama when he came out on the campaign trail in 2008.  All these big messages about hope and change, reigning in corporate greed, ruling for the people, and then he gets into office:  one of the first things he does is re-extend the Bush tax cuts for millionaires and billionaires.  He backed down from every fight the Republicans brought to him, and here we are six years later, in virtually the same position that we were when he was campaigning.

Obviously some things in many regards have gotten better.  We did get the Affordable Care Act; it didn’t quite go far enough, again because he backed down from the Republican challengers but it’s a good start.  So Obama has done a few really good things but overall it was all talk.

William Brighenti is a Certified Public Accountant, Certified QuickBooks ProAdvisor, and Certified Business Valuation Analyst. Bill began his career in public accounting in 1979. Since then he has worked at various public accounting firms throughout Connecticut. Bill received a Master of Science in Professional Accounting degree from the University of Hartford, after attending the University of Connecticut and Central Connecticut State University for his Bachelor of Arts and Master of Arts degrees. He subsequently attended Purdue University for doctoral studies in Accounting and Quantitative Methods in Business. Bill has instructed graduate and undergraduate courses in Accounting, Auditing, and other subjects at the University of Hartford, Central Connecticut State University, Hartford State Technical College, and Purdue University. He also taught GMAT and CPA Exam Review Classes at the Stanley H. Kaplan Educational Center and at Person-Wolinsky, and is certified to teach trade-related subjects at Connecticut Vocational Technical Schools. His articles on tax and accounting have been published in several professional journals throughout the country as well as on several accounting websites. William was born and raised in New Britain, Connecticut, and served on the City's Board of Finance and Taxation as well as its City Plan Commission. In addition to the blog, Accounting and Taxes Simplified, Bill writes a blog, "The Barefoot Accountant", for the Accounting Web, a Sift Media publication.
View all posts by William Brighenti →
This entry was posted in Accountants CPA Hartford, Articles and tagged Accountants CPA Hartford Connecticut LLC, Bernie Sanders, Democratic Primary 2016, fake populism, Farron Cousins, Farron Cousins on Hillary Clinton's new found populist message, Hillary Clinton, Hillary’s Faux Populism is No Match For Bernie Sanders, May 18 2015, Ring of Fire Radio, the barefoot accountant, The new found populist message of Hillary Clinton is all talk and mere talking points to get elected, transcript, video, William Brighenti CPA. Bookmark the permalink.