Bernie Sanders offers the middle class of America a Real Deal, like the Square Deal of Theodore Roosevelt and the New Deal of Franklin Roosevelt.  Hillary Clinton, on the other hand, like her recent predecessors, once again offers working Americans just another Raw Deal!

Don’t believe me?  You be the judge; here are their records and positions: 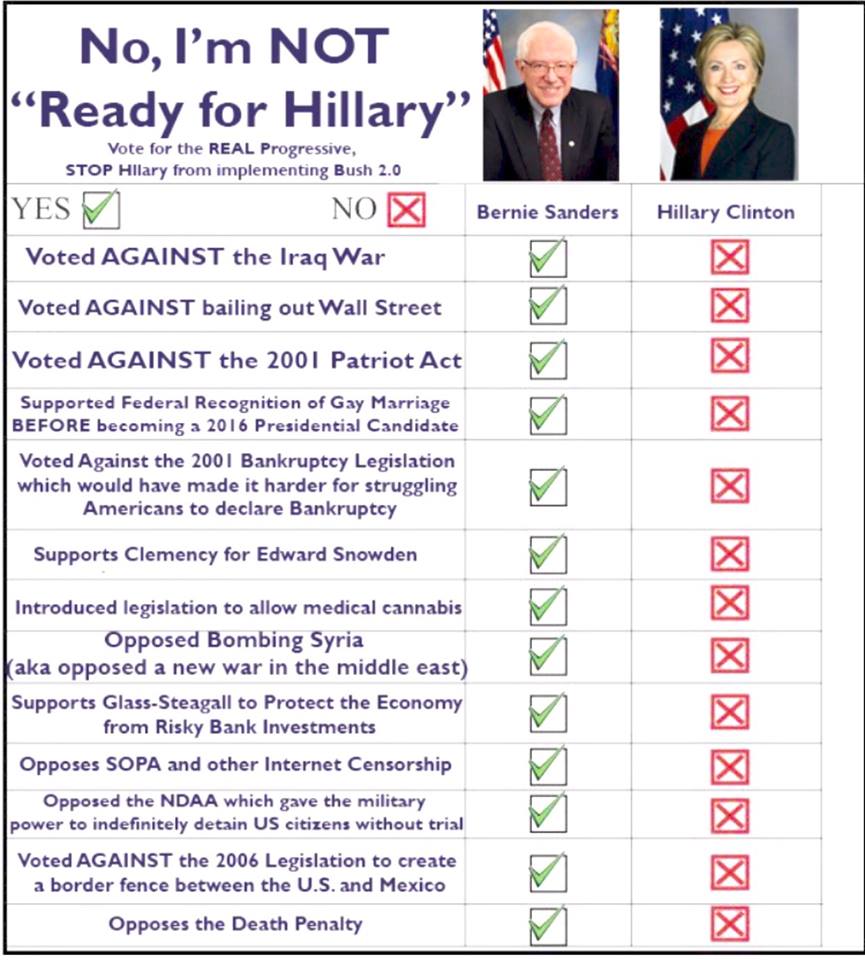 William Brighenti is a Certified Public Accountant, Certified QuickBooks ProAdvisor, and Certified Business Valuation Analyst. Bill began his career in public accounting in 1979. Since then he has worked at various public accounting firms throughout Connecticut. Bill received a Master of Science in Professional Accounting degree from the University of Hartford, after attending the University of Connecticut and Central Connecticut State University for his Bachelor of Arts and Master of Arts degrees. He subsequently attended Purdue University for doctoral studies in Accounting and Quantitative Methods in Business. Bill has instructed graduate and undergraduate courses in Accounting, Auditing, and other subjects at the University of Hartford, Central Connecticut State University, Hartford State Technical College, and Purdue University. He also taught GMAT and CPA Exam Review Classes at the Stanley H. Kaplan Educational Center and at Person-Wolinsky, and is certified to teach trade-related subjects at Connecticut Vocational Technical Schools. His articles on tax and accounting have been published in several professional journals throughout the country as well as on several accounting websites. William was born and raised in New Britain, Connecticut, and served on the City's Board of Finance and Taxation as well as its City Plan Commission. In addition to the blog, Accounting and Taxes Simplified, Bill writes a blog, "The Barefoot Accountant", for the Accounting Web, a Sift Media publication.
View all posts by William Brighenti →
This entry was posted in Accountants CPA Hartford, Articles and tagged $1, Bernie Sanders, Bernie Sanders offers a real deal to the middle class and not the raw deal of Hillary Clinton, breaking up big banks, Cayman Islands, Corporate taxes, environment, Franklin Roosevelt, outsourcing jobs, rebuilding infrastructure, Teddy Roosevelt, the new deal, the raw deal, the real deal, the square deal, TPP, Trans Pacific Partnership, transcript, video. Bookmark the permalink.