Are accountants the future anthropologists of the cyber era?

Posted on March 1, 2015 by William Brighenti

Forty-nine years ago, when I was at the University of Connecticut, accountants and anthropologists seemed to be members of different social and intellectual tribes. The former appeared to be civilized folk who wore funny suits like penguins, used calculators or slide rules, and prepared tax returns; the latter worried about the environment and issues such as social welfare, and appeared in “The National Geographic” magazine with native women showing their titties. 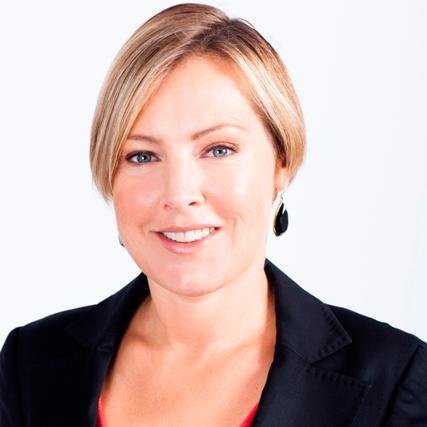 But are accountants about to leap into the sphere of anthropology, at least in an intellectual sense?  Gillian Tett, author of the recent article, “Accountancy: the new buzz“, found herself pondering “these questions after reading Six Capitals, or Can Accountants Save the Planet? by Australian business writer Jane Gleeson-White.”  What follows is the extract of her article suggesting that accountants may be the cyber era’s new anthropologists.  (LOL!  And I once thought my humanities and social science background was a waste of time and money!)

As the title suggests, the book is all about accountants. But not the dry number crunchers you might expect. Instead, Gleeson-White suggests that a mini-revolution is emerging on the fringes of the accountancy world — and that this has implications for us all.

The issue at stake is how we classify the world. Traditionally, the assumption has been that what accountants do is measure items that have clear, tangible value, sitting in bounded institutions or geographical areas: stock stored in warehouses, salaries, cash and so on. That was what the market economy and capitalism seemed to be about. What anthropologists or ecologists look at — such as the sustainability of the environment, human relations or social trust — is less tangible and, thus, usually ignored.

Gleeson-White believes the modern accounting practices we take for granted are the product of a particular economic environment, namely the industrial revolution. This system, known as double-entry bookkeeping, first appeared in 15th-century Venice. However, it really began to flourish when companies needed ways to measure their complex operations as they began to make vast quantities of products.

Double-entry bookkeeping worked well for the industrial age but is less effective in today’s digital world. The system does not really capture the value of the intangibles that drive modern growth (ideas, networks and human relations, for example). Nor does it measure costs that transcend boundaries, such as environmental problems or “externalities”, as economists like to say.

Gleeson-White argues that we need to change how accountants imagine capital to include human capital, social capital, environmental capital and so on. And she cites accountants who are doing just that. For example, companies such as Puma and Unilever are now actively looking at their environmental and social footprints, alongside the usual financial metrics.

Some years ago, Indian researchers attempted to quantify the environmental costs linked to a $4 hamburger (for example, loss of rainforests, loss of ecosystems provided by the rainforest, loss of carbon, loss of biodiversity etc) and concluded that the price of a burger should be nearer $200.

Governments have begun to play around with similar ideas. In 2007, the National Audit Office estimated the value of bees’ service to the British economy at £200m. The retail value of what the bees pollinate was estimated to be closer to £1bn.

“A quiet revolution [is] taking place in the least likely realm of all — our accounting systems,” Gleeson-White suggests. Now, I daresay that some FT readers will roll their eyes at this — albeit for different reasons. Many environmentalists consider it demeaning to put a price tag on nature; bees are not just valuable in financial terms. Conversely, many bankers and investment managers hate the concept of companies worrying about anything other than shareholders; they fear it will be distracting. And I admit that I often wince when companies talk too enthusiastically about their “social” or “environmental” responsibility. It often sounds like window dressing.

Nevertheless, it is worth taking Gleeson-White’s ideas seriously for one reason at least: they should make us think about how we measure and classify the world. This can be difficult for us to grasp, since our systems are so deeply ingrained that they seem normal. And most of us assume that it is quite natural for accountants to separate economic transactions from any social context.

In reality, though, as the French intellectual Marcel Mauss pointed out a century ago, the idea of ripping economic transactions out of a wider context is not “normal” to most cultures, during most of history. On the contrary, in most societies it is so hard to imagine economic transaction without social ties that the western idea that “gifts” are different from “commercial sales” is entirely alien.

So the next time you talk to an accountant, it is worth trying a little mental experiment. If you were to devise a system for classifying and measuring the world from scratch in a globalised cyber era, would it really look like what we have today? If your answer is “no”, then perhaps it is time to think of an alternative; and maybe even talk with an anthropologist.

Although east is east, and west is west, perhaps the twain may meet after all.

William Brighenti is a Certified Public Accountant, Certified QuickBooks ProAdvisor, and Certified Business Valuation Analyst. Bill began his career in public accounting in 1979. Since then he has worked at various public accounting firms throughout Connecticut. Bill received a Master of Science in Professional Accounting degree from the University of Hartford, after attending the University of Connecticut and Central Connecticut State University for his Bachelor of Arts and Master of Arts degrees. He subsequently attended Purdue University for doctoral studies in Accounting and Quantitative Methods in Business. Bill has instructed graduate and undergraduate courses in Accounting, Auditing, and other subjects at the University of Hartford, Central Connecticut State University, Hartford State Technical College, and Purdue University. He also taught GMAT and CPA Exam Review Classes at the Stanley H. Kaplan Educational Center and at Person-Wolinsky, and is certified to teach trade-related subjects at Connecticut Vocational Technical Schools. His articles on tax and accounting have been published in several professional journals throughout the country as well as on several accounting websites. William was born and raised in New Britain, Connecticut, and served on the City's Board of Finance and Taxation as well as its City Plan Commission. In addition to the blog, Accounting and Taxes Simplified, Bill writes a blog, "The Barefoot Accountant", for the Accounting Web, a Sift Media publication.
View all posts by William Brighenti →
This entry was posted in Accountants CPA Hartford, Articles and tagged accountancy anthropology, Accountancy: the new buzz, Accountants anthropologists, accountants cyber era anthropologists, accounting anthropology, Are accountants the future anthropologists of the cyber era?, Gillian Tett, Jane Gleeson-White, or Can Accountants Save the Planet?, Six Capitals. Bookmark the permalink.

One Response to Are accountants the future anthropologists of the cyber era?