Posted on October 2, 2012 by William Brighenti
Get the Flash Player to see this content. 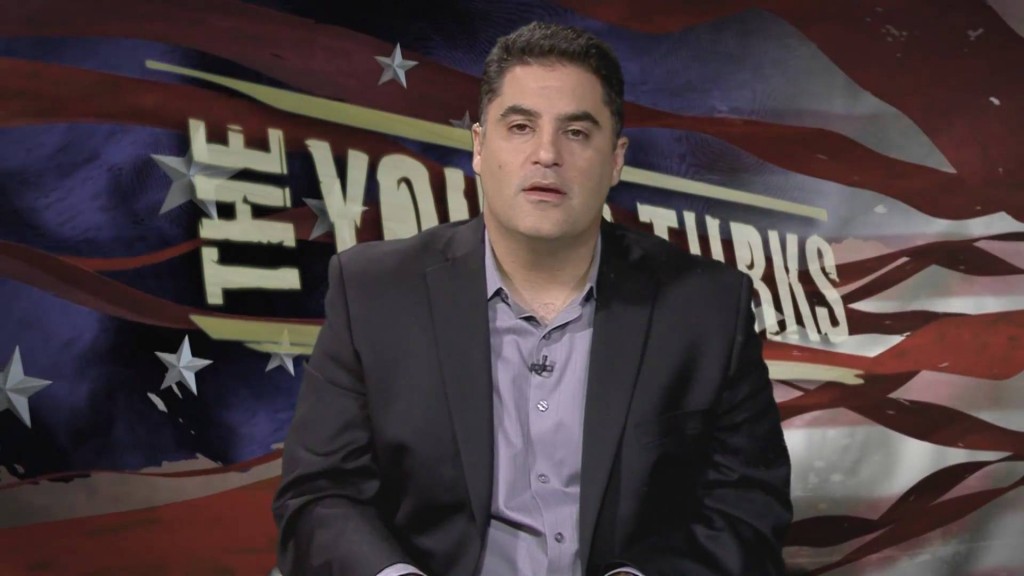 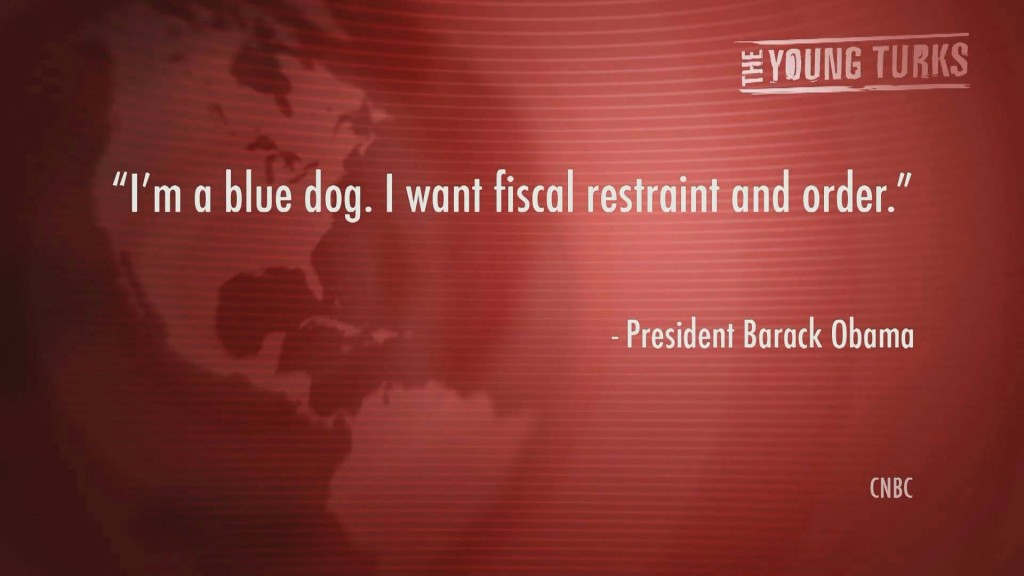 There is nothing wrong with the second half of that sentence. Everybody wants fiscal restraint and order. The question is, how do you do it?

But the fact that President Obama has called himself a blue dog is news: blue dog Democrats are conservative Democrats; they are not progressive Democrats.

So that’s what I have been telling you all along. Now apparently that’s what President Obama is telling you. So all this thing about, “oh, no, no, he is a progressive; he just has a different way of getting there.” No, by his own admission, he is a blue dog. 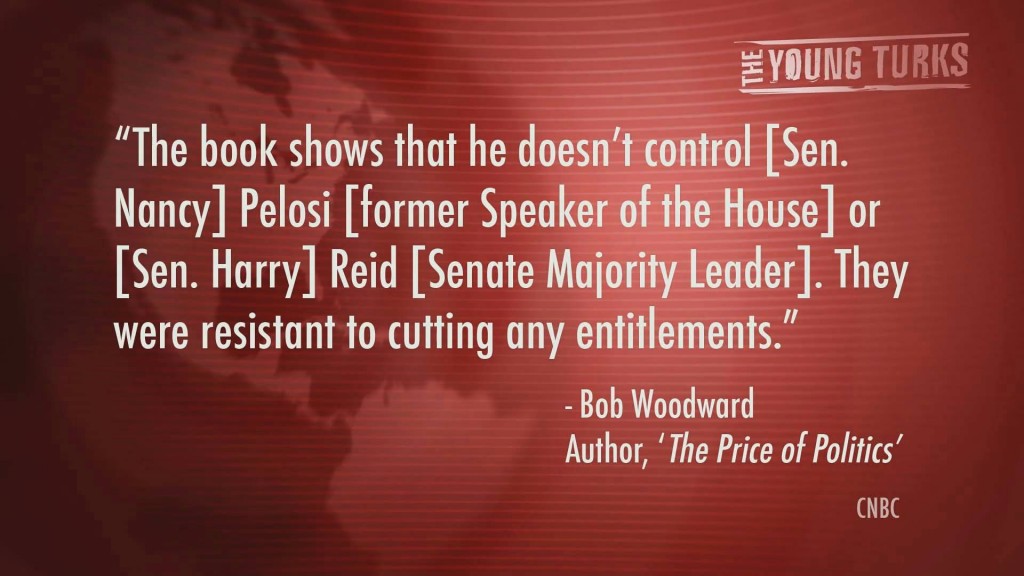 “The book show that he doesn’t control [Senator Nancy] Pelosi [former Speaker of the House] or [Senator Harry] Reid {Senate Majority Leader]. They were resistant to cutting any entitlements.”
-Bob Woodward
Author, “The Price of Politics”
CNBC

Now here is something else that he apparently already proposed in negotiations to the Republicans. Woodward says, 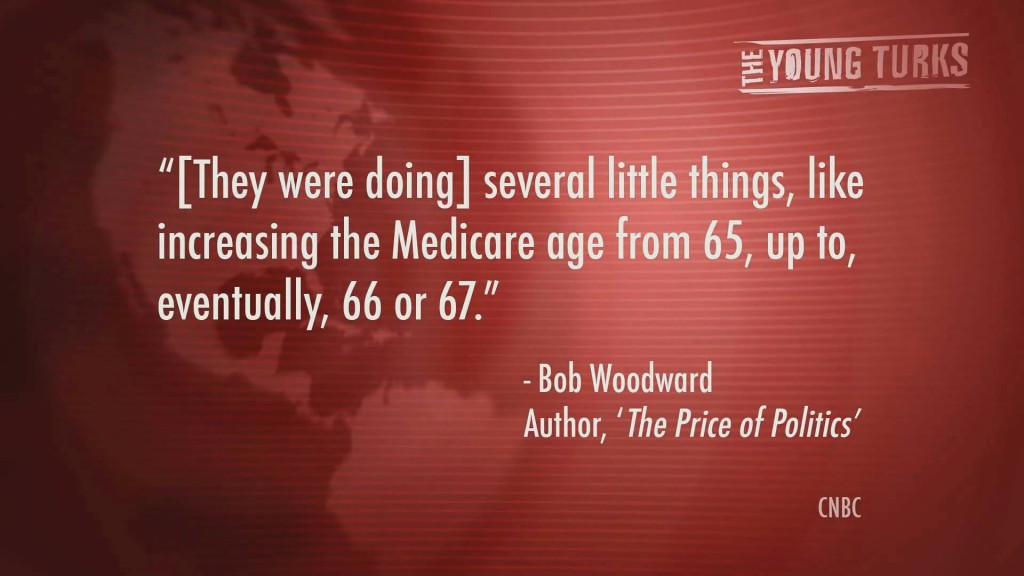 “[They were doing] several little things {talking about the negotiations}, like increasing the Medicare age from 65, up to, eventually, 66 or 67.”
-Bob Woodward
Author, “The Price of Politics”
CNBC

Now that was not a Republican proposal; that was President Obama’s proposal. So there it is. He has already proposed it, he will propose it again to increase the retirement age for Medicare.

So “I can’t believe the Republicans would go after Medicare”, and I can’t also wait to raise the retirement age. Do you know how much money that takes out of your pocket when they raise the retirement age? Two more years. It’s not like, oh, yeah, yeah, I get the same amount of money but two years later. No, you don’t get the money when you are 65 and 66. That’s money that you would have gotten that you don’t get. That’s a huge robbery.

Again, you pay into social security and Medicare. They can’t wait to take it away from you. In fact, there’s no need in speculating about what President Obama said. After the 2011 negotiations broke down, he said this, and I quote: 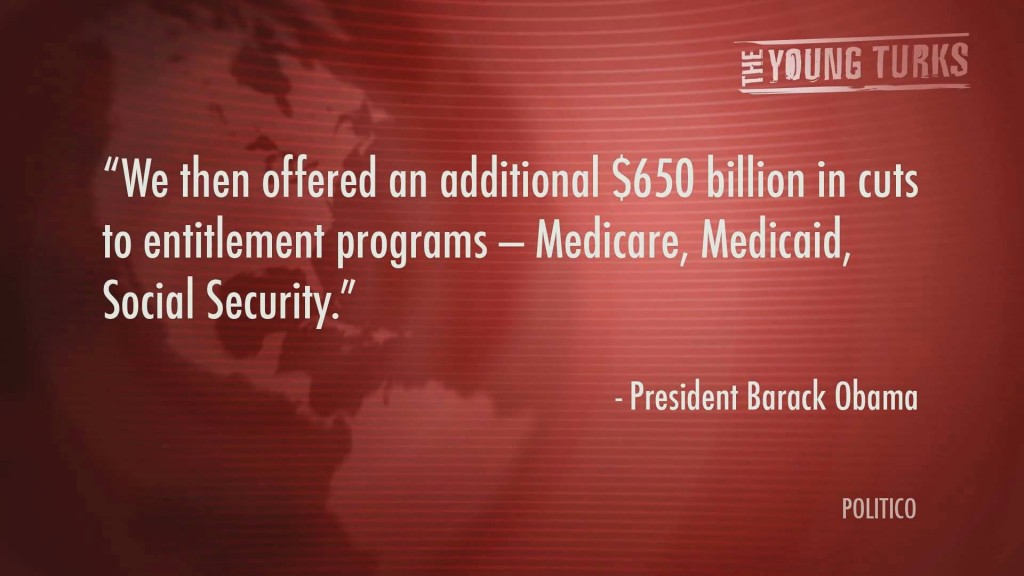 That’s when he was bragging about, “hey, I was willing to negotiate with Republicans. I gave them this great offer where I cut Social Security, Medicare, and Medicaid”. You just saw it. That is exactly what President Obama said.

But he says it himself. How can you not believe it. 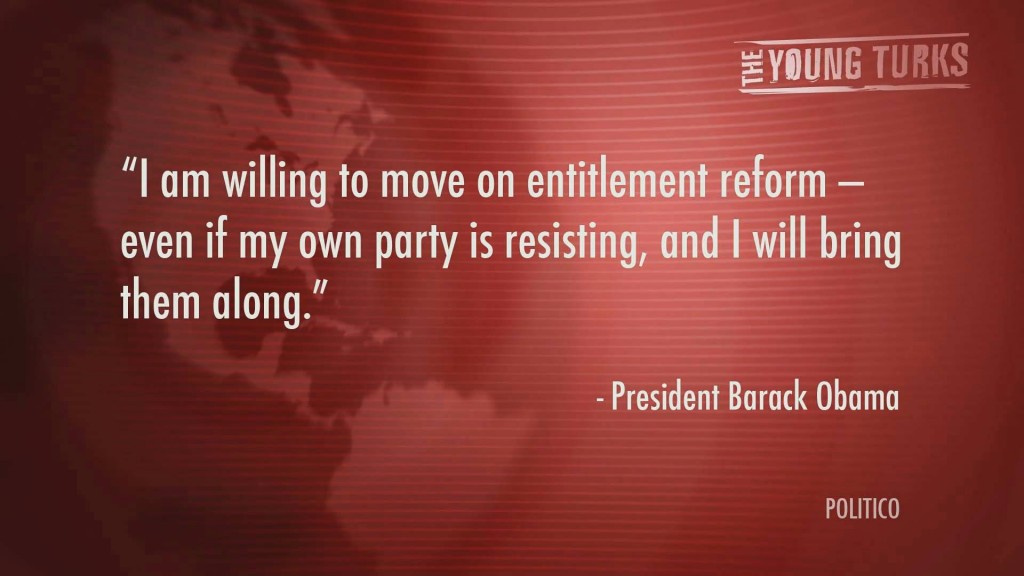 “I am willing to move on entitlement reform – even if my own party is resisting, and I will bring them along.”
-President Barack Obama
Politico

How much clearer does he have to be? He wants to cut entitlements: Medicare, Medicaid, Social Security. He is going to cut it. And he says, I’ll drag my party, screaming and fighting, if I have to do it.

Now look, it’s before an election, and some Democrats say, this is not the time to talk about this. No, before the election is the perfect time to talk about what the candidates are going to do. And by the way, part of the reason I bring it up here is because our only hope of stopping this runaway freight train is to get President Obama on the record before the election saying definitely that he will not cut those programs.

After the election you have lost all leverage. That he is going to do what he has been dying to do.

Do you know that he told the Washington Post even before his inauguration in 2009 that “I am going to cut entitlements.” How obvious is it.

Finally, when they asked President Obama’s spokesperson … now this is the campaign trail, they are pretending that they are going to protect social security and medicare as opposed to the Republicans. Would the Republicans do worse? Yes, they probably would, right? But don’t pretend that President Obama is on your side in protecting these things. He has no intention. His main claim to fame is that he won’t butcher them as much as the Republicans would. 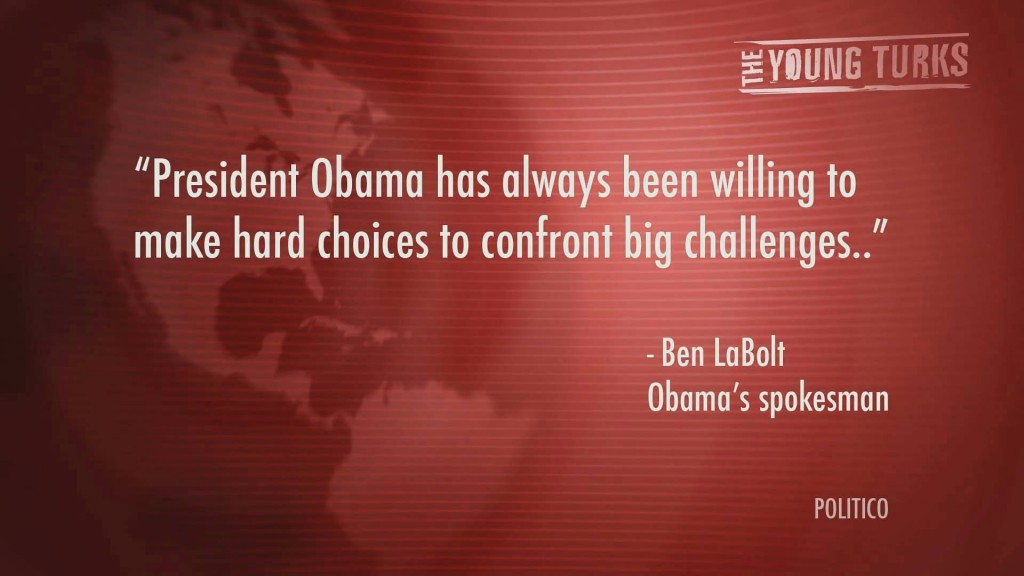 So when they asked Ben LaBolt about it, he said,
“President Obma has always been willing to make hard choices to confront big challenges.”
-Ben LaBolt
Obama’s spokesman
Politico

You know what that means. That means, we’re cutting them. Hard choices means hard choices from your ass, not for the rich or the powerful. We’ll pretend that it’s hard.

Do you know when it’s hard? Right before an election to say that I am going to cut your social security and your medicare. That’s hard. After an election it’s easy, especially if you are never going to run for another election again.

So let’s make it hard on him. Every member of the press should ask this incredibly important issue. If you are in a town hall meeting or at a President Obama speech, you should ask him: “Will you say that you will not cut social security and medicare under any circumstances.”

I guarantee he doesn’t say it because he is going to do it. So our only hope is to get him on the record in the middle of a heated election where he cares about his own prospects and political career that he will finally say, okay, okay, okay, I won’t cut it. That’s the only hope we have. 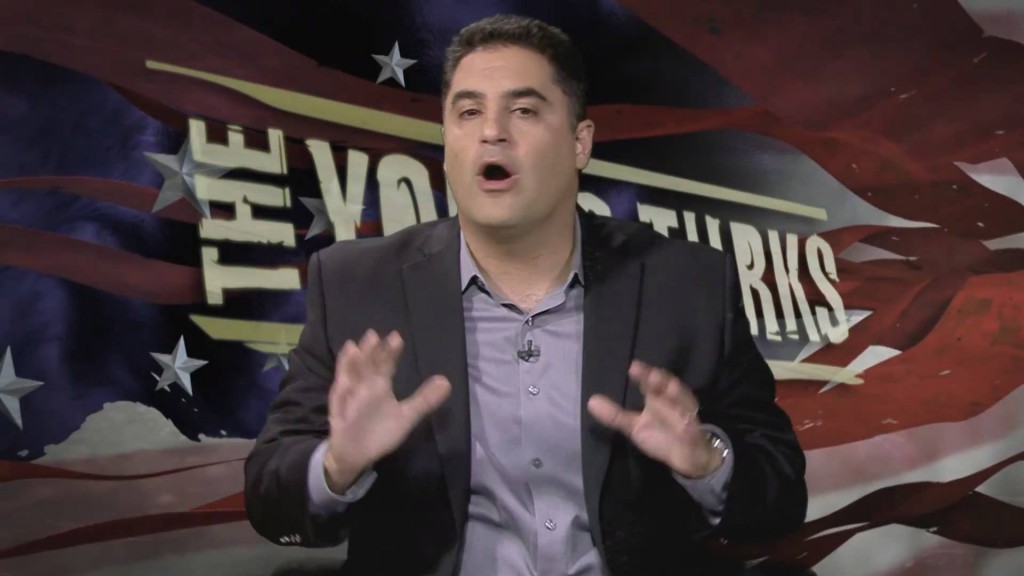 Transcribed by
The Barefoot Accountant 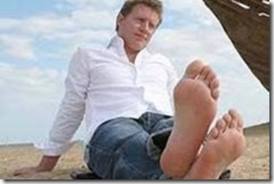 William Brighenti is a Certified Public Accountant, Certified QuickBooks ProAdvisor, and Certified Business Valuation Analyst. Bill began his career in public accounting in 1979. Since then he has worked at various public accounting firms throughout Connecticut. Bill received a Master of Science in Professional Accounting degree from the University of Hartford, after attending the University of Connecticut and Central Connecticut State University for his Bachelor of Arts and Master of Arts degrees. He subsequently attended Purdue University for doctoral studies in Accounting and Quantitative Methods in Business. Bill has instructed graduate and undergraduate courses in Accounting, Auditing, and other subjects at the University of Hartford, Central Connecticut State University, Hartford State Technical College, and Purdue University. He also taught GMAT and CPA Exam Review Classes at the Stanley H. Kaplan Educational Center and at Person-Wolinsky, and is certified to teach trade-related subjects at Connecticut Vocational Technical Schools. His articles on tax and accounting have been published in several professional journals throughout the country as well as on several accounting websites. William was born and raised in New Britain, Connecticut, and served on the City's Board of Finance and Taxation as well as its City Plan Commission. In addition to the blog, Accounting and Taxes Simplified, Bill writes a blog, "The Barefoot Accountant", for the Accounting Web, a Sift Media publication.
View all posts by William Brighenti →
This entry was posted in Accountants CPA Hartford, Articles and tagged Blue dog Democrats are conservative, Blue dog Democrats are not progressive, Bob Woodward book The Price of Politics, Cenk Uygur, Cenk Uygur says President Obama will definitely cut the entitlements of Social Security Medicare and Medicaid, Obama said he would cut social security and Medicare and Medicaid, Obama says he will bring Democrats along to cut entitlements, President Obama is a blue dog Democrat, President Obama to cut entitlements, The Young Turks. Bookmark the permalink.