Posted on July 18, 2012 by William Brighenti
Get the Flash Player to see this content. 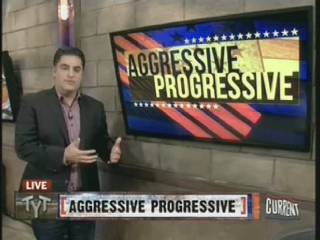 Cenk Uygur: Back in the days, Governor Eliot Spitzer was, of course, the Attorney General of New York, he used to be known as the Sheriff of Wall Street. Why? Because he actually went after people who committed financial fraud.

Apparently CNBC hates this. He was recently on with Maria Bartiromo and they got into a debate about how he went after the former CEO of AIG Hank Greenberg.

I want to show you the clip, and more than this, I want to talk about her general attitude towards her job. So watch the clip first. 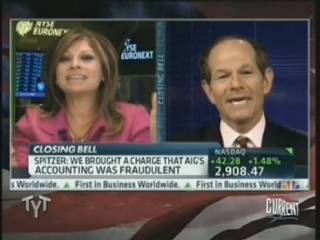 Maria Bartiromo: C’mon, you can’t say fraudulent because there is no indictment: you can’t just throw around the word fraud.

Eliot Spitzer: Here’s the federal judge’s opinion that says he was a conspirator. Here are the headlines: his company throwing him out. 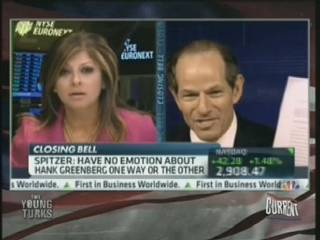 Maria Bartiromo: So then why no charges: why six out of eight charges dropped then?

Cenk Uygur: So here is what I find amazing. AIG paid one point six billion dollars because of fraud. Now why would Bartiromo think, oh, you think they are just going to pay $1.6 billion if they didn’t commit the fraud? They have an army of lawyers!

This is exactly what’s wrong with the establishment media and CNBC in particular. All they do is protect the guys who are doing fraud. You are supposed to represent us, your audience, not those guys. Unfortunately they totally misunderstand that.

William Brighenti is a Certified Public Accountant, Certified QuickBooks ProAdvisor, and Certified Business Valuation Analyst. Bill began his career in public accounting in 1979. Since then he has worked at various public accounting firms throughout Connecticut. Bill received a Master of Science in Professional Accounting degree from the University of Hartford, after attending the University of Connecticut and Central Connecticut State University for his Bachelor of Arts and Master of Arts degrees. He subsequently attended Purdue University for doctoral studies in Accounting and Quantitative Methods in Business. Bill has instructed graduate and undergraduate courses in Accounting, Auditing, and other subjects at the University of Hartford, Central Connecticut State University, Hartford State Technical College, and Purdue University. He also taught GMAT and CPA Exam Review Classes at the Stanley H. Kaplan Educational Center and at Person-Wolinsky, and is certified to teach trade-related subjects at Connecticut Vocational Technical Schools. His articles on tax and accounting have been published in several professional journals throughout the country as well as on several accounting websites. William was born and raised in New Britain, Connecticut, and served on the City's Board of Finance and Taxation as well as its City Plan Commission. In addition to the blog, Accounting and Taxes Simplified, Bill writes a blog, "The Barefoot Accountant", for the Accounting Web, a Sift Media publication.
View all posts by William Brighenti →
This entry was posted in Accountants CPA Hartford, Articles and tagged AIG, Attorney General of New York, banksters, Cenk Uygur, Closing Bell, CNBC, Current TV, Eliot Spitzer, fraudsters, Hank Greenberg, interview, Interview July 13 2012, July 17 2012, Maria Bartiromo, media establishment, protecting Wall Street, transcript, video, Wall Street fraud. Bookmark the permalink.