If I were Obama: Cenk Uygur advises President Obama to fight and attack the Republicans 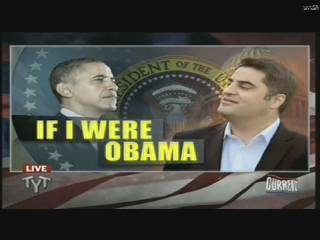 Cenk Uygur: If I were Obama, 9 out of 10 times the correct answer for me is attack. Now often times the President does not do that. In fact the President is convinced that if he has a second term, that the Republicans will finally be nice to him: 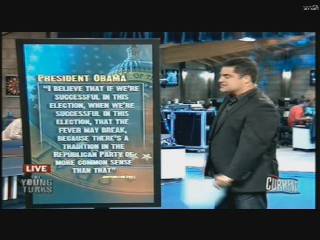 But it is not just the President. David Axelrod, his top political advisor, went on C-Span and said, 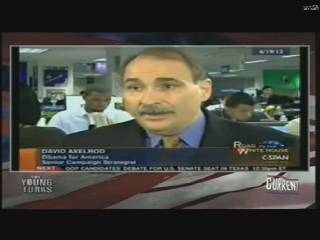 Here come the Republicans with impeachment talk. Here is Senator John Kyle from Arizona talking about President Obama’s stance on immigration. Here is what he told the radio host: 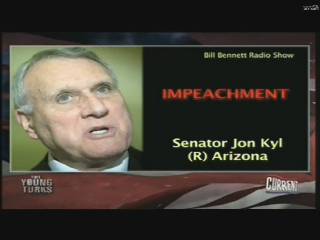 “If the President insists on continuing to ignore parts of the law that he doesn’t like and simply not enforce that law, the primary remedy for that is political. And you have it two ways: one, oversight through the Congress to demonstrate what they’re doing wrong. And if it’s bad enough, and if there are shenanigans involved in it, of course, impeachment is always a possibility.”

Of course! Of course they will try to do that. Do you think it is just John Kyle? No. There is a guy named Alan Quist, who is running now in Minnesota against Representative Tim Walz, who is a Democratic in Minnesota. What is he going to say on the immigration issue, on the defense of marriage act? His ideas are also impeachment: 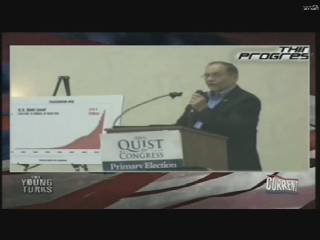 Carry impeachment like a banner. But they are not alone. The 25th district In Texas, there is a Republican primary with a clown named Wes Riddle in it. He says the very first day, if Obama gets reelected and he’s in office, he will go for impeachment. Facts be damned. Who cares what the facts are? In fact, he said, I’m worried that he gave away seven islands of ours near Siberia. Yeah, there is such a treaty. Do you know who signed it? George H. W. Bush. Who cares what the facts are. We are going to impeach, we are going to impeach.

Now when the President does do that, for example, on the issue of immigration, it actually works for him. Remember he came out with a new policy that said, if you are a young kid who came here into the country, I am going to let you stay for a two year period, and let you be able to work in this country, because you didn’t make the decision to come here, and guess what’s happened since? Tremendous support in the Latino community. 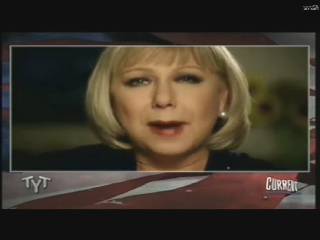 First of all, we have, as they call her, the Latino Oprah, who came out and did an ad for Obama because she was so impressed by this move: “President Obama wants everyone to have the chances I had. That’s why he is working to put health care and a good education within reach for more Americans, and supporting the Social Security and Medicare millions of seniors count on.” 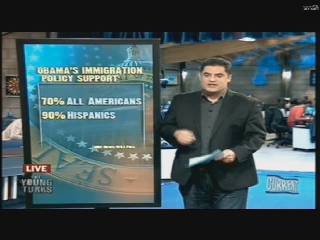 Now they didn’t do that for 3 1/2 years, this policy, because they were worried what the reaction of the country was going to be: oh my God, what is the right wing going to think, what are the independents going to do. Let me show you the numbers. It turns out that 70% of all Americans approve of the policy; 90% of Latinos approve of the policy. They should have done it on day one. Hey, he did it: God bless.

So this is what happens when you stand your ground, you plant your flag, you get 70% of the country behind you. Not only that, he has got to win the swing states, right? 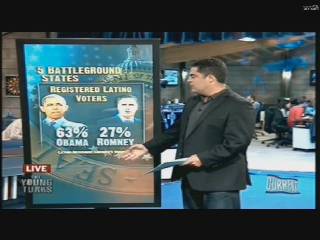 Look at what is happening in the swing states. Among Latino voters 63% to 27%: kicking Romney’s ass. A new poll out today showing Romney is doing even worse in Florida now. Why? Because of President Obama’s stance on immigration.

You fight them, you don’t agree with them. And then finally all the Democrats came out and said, oh my God the Bain ads against Mitt Romney, President Obama don’t run those ads. Ads like this one: 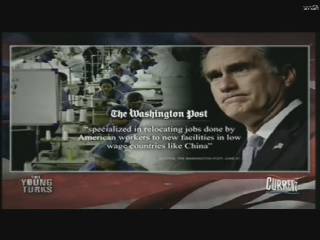 “I’m Barack Obama and I approve this message. Day one: President Romney stands up to China. But would he? The Washington Post has just revealed that Romney’s companies were pioneers in shipping US jobs overseas and investing in firms that specialized in relocating jobs done by American workers to new facilities in low-wage countries like China. Romney has never stood up to China. All he has ever done is send them our jobs.” 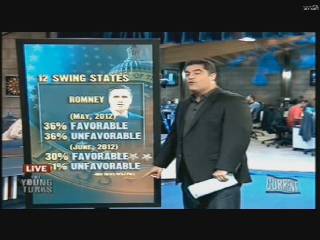 Now that is absolutely true. So what did I say on this program over and over? Pound them again and again, and guess what? President Obama did do that much to his credit and his team. What were the results? Look at new poll: 50% to 42%, up in the 12 swing states that he needs to win. That is a big margin.

Don’t listen to the pundits, the guys in the mainstream media: they love private equity, they love Bain Capital, they love rich people. When you ask real Americans, they say pound them. We didn’t like that he outsources our jobs. So go after him.

William Brighenti is a Certified Public Accountant, Certified QuickBooks ProAdvisor, and Certified Business Valuation Analyst. Bill began his career in public accounting in 1979. Since then he has worked at various public accounting firms throughout Connecticut. Bill received a Master of Science in Professional Accounting degree from the University of Hartford, after attending the University of Connecticut and Central Connecticut State University for his Bachelor of Arts and Master of Arts degrees. He subsequently attended Purdue University for doctoral studies in Accounting and Quantitative Methods in Business. Bill has instructed graduate and undergraduate courses in Accounting, Auditing, and other subjects at the University of Hartford, Central Connecticut State University, Hartford State Technical College, and Purdue University. He also taught GMAT and CPA Exam Review Classes at the Stanley H. Kaplan Educational Center and at Person-Wolinsky, and is certified to teach trade-related subjects at Connecticut Vocational Technical Schools. His articles on tax and accounting have been published in several professional journals throughout the country as well as on several accounting websites. William was born and raised in New Britain, Connecticut, and served on the City's Board of Finance and Taxation as well as its City Plan Commission. In addition to the blog, Accounting and Taxes Simplified, Bill writes a blog, "The Barefoot Accountant", for the Accounting Web, a Sift Media publication.
View all posts by William Brighenti →
This entry was posted in Accountants CPA Hartford, Articles and tagged Allen Quist, Cenk Uygur, David Axelrod, if I were Obama, immigration, impeachment, Latino Oprah, Senator John Kyle, The Young Turks, transcript, video, Wes Riddle, when Obama fights his poll numbers improve. Bookmark the permalink.