Posted on December 13, 2011 by William Brighenti
Get the Flash Player to see this content. 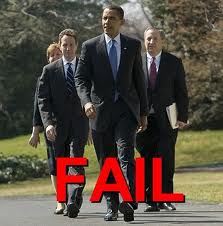 Cenk Uygur: Now I want to turn to a domestic issue here that is related to the economy. This is one of my pet peeves. Jay Carney was on the “Morning Joe” program and they asked him about how deep the recession is. Let’s listen to his answer and then I am going to set him straight.

Jay Carney: There was not a single, main stream, Wall Street, academic economist who knew at the time in January of 2009 just how deep the economic hole was that we were in. At that point we thought that we had shrunk by 3% in the fourth quarter of 2008, the last quarter that George W. Bush was President. As you know now, and I know now, it was 9%.

Now the recession. Now it is funny that he says January of 2009 because right at that moment here are all of the economists who said it was terrible.

Paul Krugman: he said that the plan to jump start the economy was “nowhere near big enough”…it was “unlikely to close more than half of the looming output gap”. And he said it was “the most dangerous economic crisis since the Great Depression.” But nobody could have seen it coming. Do you think it is just Krugman?

Martin Feldstein, Harvard professor and former economic adviser to Ronald Reagan: he said “this recession is likely to last longer and be more damaging than any since the depression of the 1930’s.” But nobody could have seen it coming.

James Galbraith: “there are many good reasons to think” that America is in “a true financial crisis of the type in the 1930s.” But nobody could have seen it coming.

These are all in January and February of 2009.

Mark Zandi, chief economist at Moody’s Analytics: “the economy appears headed toward its worst downturn since the Great Depression.” But nobody could have seen it coming.

Look, they say that to avoid responsibility. The reality is many progressives in this country said your stimulus package is way too small, and you did not listen. Instead you listened to Tim Geithner, who said, hey, you know what? Make a third of it tax cuts.

Instead you gave into Republicans. Okay, okay, okay, we will keep it under a trillion dollars. We don’t want to overspend.

And what happened? We have unemployment that at this point not only near 9% but as you will find out later in the show in reality it is closer to 11%. It was too small, and people saw it coming. You just didn’t listen to them because you listened to the establishment and not the progressives.

I am telling you that as a friend because you got to turn around; you got to change course.

William Brighenti is a Certified Public Accountant, Certified QuickBooks ProAdvisor, and Certified Business Valuation Analyst. Bill began his career in public accounting in 1979. Since then he has worked at various public accounting firms throughout Connecticut. Bill received a Master of Science in Professional Accounting degree from the University of Hartford, after attending the University of Connecticut and Central Connecticut State University for his Bachelor of Arts and Master of Arts degrees. He subsequently attended Purdue University for doctoral studies in Accounting and Quantitative Methods in Business. Bill has instructed graduate and undergraduate courses in Accounting, Auditing, and other subjects at the University of Hartford, Central Connecticut State University, Hartford State Technical College, and Purdue University. He also taught GMAT and CPA Exam Review Classes at the Stanley H. Kaplan Educational Center and at Person-Wolinsky, and is certified to teach trade-related subjects at Connecticut Vocational Technical Schools. His articles on tax and accounting have been published in several professional journals throughout the country as well as on several accounting websites. William was born and raised in New Britain, Connecticut, and served on the City's Board of Finance and Taxation as well as its City Plan Commission. In addition to the blog, Accounting and Taxes Simplified, Bill writes a blog, "The Barefoot Accountant", for the Accounting Web, a Sift Media publication.
View all posts by William Brighenti →
This entry was posted in Accountants CPA Hartford, Articles and tagged Cenk Uygur blames Obama for not listening to progressives, Cenk Uygur Current TV December 13 2011, James Galbraith, Jay Carney on Good Morning Joe, Martin Feldstein, Martin Zandi, Obama did not heed the economists in 2009, Obama listened to the establishment, Paul Krugman, President Barack Obama failed the economic recovery with a stimulus package too small, President Obama's too small stimulus package, real unemployment at 20%, warnings of deep recession unheeded by Obama. Bookmark the permalink.