Posted on November 2, 2011 by William Brighenti 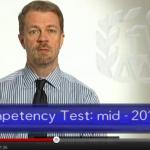 Recently I faxed a Form 2848, granting me Power of Attorney on behalf of a business client, to the Internal Revenue Service in order to obtain necessary transcripts to assist in the preparation of Form 1120.  On this form I requested authorization for all tax matters relating to income taxs, employment taxes, and civil penalties associated with such.

When I requested a transcript showing any and all income received by the corporation for the specified years, I was informed by the Internal Revenue Service employee on the telephone that there was no information available for that time period.  Puzzled I asked if there were any 1099s received by the IRS for that corporation, to which the IRS employee replied that he could not respond to my question since I had not specified 1099s under the caption “Tax Form Number” on Form 2848.

Anyone who has ever filled out a Form 2848 before knows that the Tax Form Number refers to the appropriate applicable and general tax form associated with the Tax Matter described on the form.  For instance, when declaring authorization for income taxes,  for “Income” tax under “Tax Matters”, the appropriate general income tax form for the reporting of that tax matter customarily would be the appropriate income tax return for the tax entity granting Power of Attorney.

For income tax matters, 1040 would be the “Tax Form Number” for individuals, 1120 or 1120S for corporations, 1065 for partnerships, 941 for trusts and estates, etc.  Of course, all informational forms pertaining to that general tax form of the entity would be included since they would constitute individual income or expense items reportable on the general income tax form.

Since the IRS employee appeared young and inexperienced, I requested to speak to his superior.  However, his superior also asserted that she could not disclose any information that had been reported on Forms 1099 for that corporation since that form number had not been included under the caption “Tax Form Number”.

At this point, I became quite upset with the incompetency of these two IRS employees.  Employees hired by the federal government to service informational needs of tax preparers, tax attorneys, certified public accountants, individuals, or businesses should understand that certain general tax forms include those of the individual and specific items comprising the elements of the general tax matter and form.  For corporate income, various 1099 forms are often issued to the corporation reporting nonemployee compensation, rent, interest, and the like in order to assist the corporation in the preparation of its Form 1120.  For these two IRS employees to not understand the hierarchal nature of the informational forms displays a serious lack of understanding of the Internal Revenue Service tax forms; it also exhibits on their part an embarrassing degree of incompetency.

Frustrated, I attempted to report this incompetency to the Commissioner of the Internal Revenue Service, Douglas H. Shulman; however, a telephone number was not published on the internet.  Nor was such available in a published federal phone directory.  Perhaps if Commissioners of governmental offices published their telephone numbers, they would be made aware of the incompetency of some of their employees, I wondered.

After calling my Congressman, John Larson, and speaking to one of his aides, I was able to contact a staff employee of Douglas H. Shulman and report my complaint.  Several days later I received a call from a manager at the Internal Revenue Service who acknowledged that there was a “misunderstanding” involving the IRS employees who had refused to provide me with the 1099 information and that she would do so.  She added that training materials needed to be clarified to prevent such misunderstandings in the future.  To my disappointment, she did not apologize for the inconvenience to me from the “misunderstanding” on the part of the IRS agents.

But is this simply a misunderstanding on the part of two IRS employees?  Or is this indicative of a lack of competency on the part of the employee and his supervisor?  This is not the first time that I have detected such upon calling the Internal Revenue Service.  Perhaps you have called the IRS only to be transferred an infinite number of times to different individuals, indicating not only a lack of an answer to your question at hand but also not even having the faintest idea of where to transfer the call in order to obtain an answer.  Over the years I have detected a consistent pattern of incompetency on the part of a significant number of employees at the Internal Revenue Service; certainly not all of the employees but definitely a significant number.  What can account for this level of incompetency of employees at the Internal Revenue Service?

I can only surmise what may be the root of this level of competency at the Internal Revenue Service.  Can it be that instead of stressing education, experience, and certifications as appropriate criteria for hiring, the IRS has placed too much emphasis on other criteria?  One can only wonder and surmise.

William Brighenti is a Certified Public Accountant, Certified QuickBooks ProAdvisor, and Certified Business Valuation Analyst. Bill began his career in public accounting in 1979. Since then he has worked at various public accounting firms throughout Connecticut. Bill received a Master of Science in Professional Accounting degree from the University of Hartford, after attending the University of Connecticut and Central Connecticut State University for his Bachelor of Arts and Master of Arts degrees. He subsequently attended Purdue University for doctoral studies in Accounting and Quantitative Methods in Business. Bill has instructed graduate and undergraduate courses in Accounting, Auditing, and other subjects at the University of Hartford, Central Connecticut State University, Hartford State Technical College, and Purdue University. He also taught GMAT and CPA Exam Review Classes at the Stanley H. Kaplan Educational Center and at Person-Wolinsky, and is certified to teach trade-related subjects at Connecticut Vocational Technical Schools. His articles on tax and accounting have been published in several professional journals throughout the country as well as on several accounting websites. William was born and raised in New Britain, Connecticut, and served on the City's Board of Finance and Taxation as well as its City Plan Commission. In addition to the blog, Accounting and Taxes Simplified, Bill writes a blog, "The Barefoot Accountant", for the Accounting Web, a Sift Media publication.
View all posts by William Brighenti →
This entry was posted in Accountants CPA Hartford, Articles and tagged affirmative action, Commissioner of Internal Revenue Service, Congressman John Larson, Douglas H. Shulman, Form 1099, Form 2848, Form 4506-T, Internal Revenue Service employees incompetency, Tax Form Number, Tax Matters, Type of Tax. Bookmark the permalink.