Posted on October 20, 2011 by William Brighenti
Get the Flash Player to see this content. 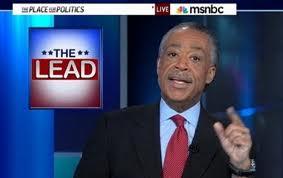 SHARPTON: Folks, sometimes a picture says a lot more than words ever could. Just take a look at this photo of Mitt Romney from his days as a Wall Street businessman at Bain Capital.

This is Willard right here in the middle. They`re posing with dollars and big bills, even dropping literally out of his suit.

At Bain Capital, Romney was a “vulture capitalist.” That`s in quotes.

He often bought companies just to break them up and sell them off for large profit, laying off thousands of workers in the process. Some of those laid-off workers spoke out in this political ad from 1994 when Romney was running for Senate against Ted Kennedy.

UNIDENTIFIED FEMALE: I don`t like Romney`s creating jobs, because he took every one of them away.

UNIDENTIFIED FEMALE: I worked there 30 years, and I never dreamed that I`d lose my job.

NARRATOR: Mitt Romney says he helped create 10,000 jobs. The former workers at SCM in Marion, Indiana, say something else.

UNIDENTIFIED MALE: If he`s created jobs, I wish he could create some here, you know, instead of taking them away.

SHARPTON: All those worker layoffs made Romney a lot of money. He`s now worth between $190 million and $250 million, yet his estimated rate is just 14 percent. Fourteen percent is his estimated tax rate, much lower than 35 percent tax rate paid by working class folks like teachers and firefighters.

Fighting that kind of injustice and inequality is what the Wall Street protests are all about. That`s why thousands of people turned out for our jobs rally on Saturday. 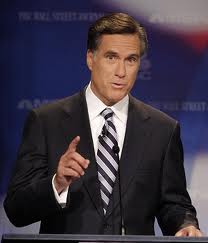 We could raise taxes on people. That`s not the way —

ROMNEY: Corporations are people, my friend. We can raise taxes on —

AUDIENCE: No they`re not!

ROMNEY: Of course they are. Everything corporations earn ultimately goes to people.

ROMNEY: Where do you think it goes?

Melissa, can a Wall Street candidate like Willard really succeed in this political climate today? 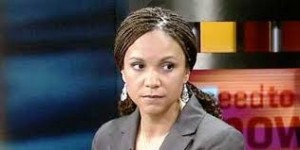 MELISSA HARRIS-PERRY, MSNBC CONTRIBUTOR: Possibly, and here`s why. Because we have a big mismatch between what we think is true about how Republicans perform economically and how Republicans actually perform economically. So, ,after I talked with your producers, I was so excited that we were going to be on set today. I did a little bit of my wonky research and was looking up to be sure that I wasn`t going to misstate any facts here.

SHARPTON: Well, you`re our favorite wonk. So what did you come up
with?

HARRIS-PERRY: Well, from the period of FDR until 2000, we had just as many years with Democratic presidents as we had with Republican presidents. So it makes a nice kind of comparison.

SHARPTON: OK. Now, let`s take this slow. Let`s un-wonk this for those that are at home like me that are not wonks.

You`re saying that since FDR, we`ve had just about an equal amount of Democrats in the White House as Republicans, but that the gross —

HARRIS-PERRY: GDP, which is sort of gross domestic product, how much the economy is growing —

SHARPTON: But isn`t their calling card that they grow the economy?

But business leaders consistently prefer Republican candidates. Do you know why?

SHARPTON: Let me show this to help support your argument to the American jury watching.

HARRIS-PERRY: Yes, and that`s why. So the reason —

SHARPTON: This is to the top one percent.

So the one indicator that goes way up under Republican presidents is that the very top percentage actually accumulates a higher percentage of the wealth.

SHARPTON: You see, you`re answering something that I didn`t understand, because I got up yesterday morning to go to the King Memorial dedication, and I see in “The New York Times” this story that Wall Street, who President Obama helped bail out, is giving their money to Romney.

Look at this. I mean, how do you have a guy bail you out and then you contribute more to the guy that`s trying to run him out?

HARRIS-PERRY: Look, it`s a really clear formula. The fact is that we actually do better as a country when we spread the wealth around.

Remember those kind of, oh, he wants to spread the wealth around, he`s some kind of communist, socialist, that sort of discourse? But the fact is, just in a capitalist system, just in a system where we want to grow our economy, have more consumers, have demand for the products that people are creating, all of that actually does better when working class people have disposable income to purchase homes, to purchase cars, to purchase iPads, all of those things. But what Republican administrations typically do is grow deficits, because they grow military spending and they cut taxes and they grow the wealth of the tightest top one percent.

That`s why everybody thinks I`m smart. I talk to you, and then I walk out and I just rehash it. Sometimes I give you credit. Just sometimes.

Melissa Harris-Perry, thanks for being with us.

William Brighenti is a Certified Public Accountant, Certified QuickBooks ProAdvisor, and Certified Business Valuation Analyst. Bill began his career in public accounting in 1979. Since then he has worked at various public accounting firms throughout Connecticut. Bill received a Master of Science in Professional Accounting degree from the University of Hartford, after attending the University of Connecticut and Central Connecticut State University for his Bachelor of Arts and Master of Arts degrees. He subsequently attended Purdue University for doctoral studies in Accounting and Quantitative Methods in Business. Bill has instructed graduate and undergraduate courses in Accounting, Auditing, and other subjects at the University of Hartford, Central Connecticut State University, Hartford State Technical College, and Purdue University. He also taught GMAT and CPA Exam Review Classes at the Stanley H. Kaplan Educational Center and at Person-Wolinsky, and is certified to teach trade-related subjects at Connecticut Vocational Technical Schools. His articles on tax and accounting have been published in several professional journals throughout the country as well as on several accounting websites. William was born and raised in New Britain, Connecticut, and served on the City's Board of Finance and Taxation as well as its City Plan Commission. In addition to the blog, Accounting and Taxes Simplified, Bill writes a blog, "The Barefoot Accountant", for the Accounting Web, a Sift Media publication.
View all posts by William Brighenti →
This entry was posted in Accountants CPA Hartford, Articles and tagged economy better under Democrats, GDP growth higher under Democratic presidents, Melissa Harris-Perry, Mitt romney, October 17 2011, Politics Nation, Republicans benefit top 1%, Reverend Al Sharpton. Bookmark the permalink.