Posted on October 15, 2011 by William Brighenti 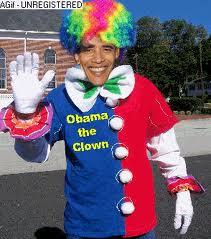 President Obama is touring the country touting his $447 billion proposal as a “jobs bill”; however, this characterization of the bill as creating jobs is an insult to the American workers and vast numbers of unemployed in this country.

Only $140 billion of that bill will be spent on public works construction projects, commonly called infrastructure spending.  The majority of the bill is merely an extension of tax cuts and other benefits, crumbs to the American public, to create the impression that Obama shares your pain and is proposing something in response.

For decades our country’s infrastructure has been deteriorating.  Economists estimate that we are in need of immediate repairs to roads, bridges, and other structures of at least $2 trillion, ranking us high on the list of the shabbiest countries in the world:  we are ranked a poor 24th on the list of best infrastructure countries.  Spending $2 trillion on infrastructure projects in the United States would create millions of jobs in our country now.  Didn’t we spend $1.6 trillion destroying and rebuilding Iraq and Afghanistan over the past ten years?  So why not propose what economists have been urging ever since Obama was elected in 2008 in order to get this country out of a depression:  propose a major infrastructure bill, and tax the rich and those mammoth multinational corporations to fund the measure?

Recall in 2008 economists were arguing that an infrastructure bill of $1.5 trillion was needed to reverse our economic downslide into a deep and never-ending recession.   So what did Obama propose?  A $767 billion American Recovery and Reinvestment Act providing a measely $111 billion in infrastructure spending.  Imagine if he had been bold enough then, with a Democratic House and Senate behind him, to propose a $1.5 trillion infrastructure bill?  Imagine the jobs that would have been created and the state of our economy now?

$140 billion is merely a crumb thrown to union bosses so that they will rally the troops to support this moronic, Wall Street President.  It is a band-aid for a heart transplant patient bleeding to death.  I voted for this clown in 2008, for “hope and change”.  For him to tout this measely $140 billion as a job creator is an insult to the American consciousness.  It’s Marie Antoinette saying to the starving mobs of Paris, “let them eat cake”.

It’s time to replace this buffoon.  The problem is that there are even bigger clowns running against this President on the Republican side.  Every Presidential candidate in the race today (except, perhaps, for Ron Paul) is a puppet of Wall Street, catering to that 1% elite group that contribute and support their politicial campaigns.

Only a few politicians would ever challenge Wall Street:  Russ Feingold, Bernie Sanders, Alan Grayson, Dennis Kucinich, Ralph Nader, and a few others.  The majority are on the corporate payroll.

If there is anything worse than a Republican, it’s a Democrat in the hands of Wall Street pretending to represent the interests of the lower and middle classes.  Presidents Barack Obama and Bill Clinton served the interests of Wall Street very well, promising much to the general populace but all in all doing very little for them.  Deregulating Wall Street, endorsing NAFTA, appointing Wall Streeters to key cabinet positions contributed to the economic collapse of our economy.  Obama’s bailout of Wall Street at the expense of the middle class has only contributed to middle America’s hardships.  Both are guilty of treason.

Incidentally, for all you Fox News addicts and Russ Limbaugh dittoheads, when taxes are raised on corporations and the rich, the corporations invest in capital assets in order to minimize their tax liabilities, thus creating jobs.  Duh?!

William Brighenti is a Certified Public Accountant, Certified QuickBooks ProAdvisor, and Certified Business Valuation Analyst. Bill began his career in public accounting in 1979. Since then he has worked at various public accounting firms throughout Connecticut. Bill received a Master of Science in Professional Accounting degree from the University of Hartford, after attending the University of Connecticut and Central Connecticut State University for his Bachelor of Arts and Master of Arts degrees. He subsequently attended Purdue University for doctoral studies in Accounting and Quantitative Methods in Business. Bill has instructed graduate and undergraduate courses in Accounting, Auditing, and other subjects at the University of Hartford, Central Connecticut State University, Hartford State Technical College, and Purdue University. He also taught GMAT and CPA Exam Review Classes at the Stanley H. Kaplan Educational Center and at Person-Wolinsky, and is certified to teach trade-related subjects at Connecticut Vocational Technical Schools. His articles on tax and accounting have been published in several professional journals throughout the country as well as on several accounting websites. William was born and raised in New Britain, Connecticut, and served on the City's Board of Finance and Taxation as well as its City Plan Commission. In addition to the blog, Accounting and Taxes Simplified, Bill writes a blog, "The Barefoot Accountant", for the Accounting Web, a Sift Media publication.
View all posts by William Brighenti →
This entry was posted in Accountants CPA Hartford, Articles and tagged $111 billion infrastructure 2009, $140 billion for infrastructure, Alan Grayson, America ranked 24th in infrastructure quality, America's infrastructure, American Recovery and Investment Act of 2009, Bernie Sanders, Dennis Kucinich, dittoheads, Fox News, Obama's jobs bill, President Obama, Ralph Nader, ron paul, Russ Feingold, Russ Limbaugh. Bookmark the permalink.