Posted on April 6, 2011 by William Brighenti 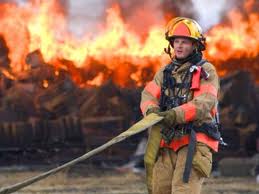 Volunteer firefighters and emergency medical responders are entitled to exclude a certain amount of their income received for their services from income taxes; however, some municipal payroll coordinators are unaware of this exclusion from taxes.

The Mortgage Forgiveness Debt Relief Act of 2007 (P.L. 110-142) included a provision that excludes from taxable income $30 per month of the wages from state or municipal governments to volunteer firefighters and EMS personnel. This benefit is in effect through the year 2010 and may be extended through 2015.

To calculate your annual exclusion, multiply the number of months you provided such services by the $30 monthly exclusion. If you worked the entire year as a volunteer, you may be entitled to a $360 exclusion of income received from the governmental unit as wages for your volunteer services. In addition, your excluded wages would not be subject to federal withholding, social security tax, Medicare tax, and unemployment tax.

Be advised, however, that any exclusion of income from taxes would reduce any charitable deduction for expenses paid by you in connection with the performance of such services.  For instance, if you provided your own vehicle in the performance of your duties as a volunteer firefighter and in the past have deducted the mileage incurred as a charitable contribution, any exclusion of income would reduce your charitable deduction dollar for dollar.  In other words, if you claimed the maximum annual exclusion of $360 for 2010, assuming that your only charitable contribution pertaining to your volunteer services involved mileage of your personal vehicle, unless the charitable mileage exceeded 2,500 miles (or $360 in allowable vehicle expenses), you would not be allowed any charitable deduction in connection with the volunteer service.

Generally your W-2 form should show the nontaxable income in box 14 along with an applicable description.  Those excluded wages should not have been included in the wages reported in boxes 1, 3, and 5, nor should any taxes on those wages have been included in the taxes reported in boxes 2, 4, and 6.  However, I personally have yet to see this excludible income reported in this manner.  Apparently, a number of municipalities and state governments are unaware of this recently enacted tax benefit for volunteer firefighters and EMS personnel.

If your W-2 fails to exclude the allowable wages to which you are entitled as a volunteer, you would be advised to call your town or state government and request a corrected W-2 form.

Incidentally, for all those interested, this tax benefit for volunteer firefighters and emergency medical responders was was introduced by Representative John Larson (D-CT) and Senator Christopher Dodd (D-CT) back in 2002 in the Volunteer Responder Incentive Protection Act (H.R. 943/S. 1466); however, it was not enacted into law until December 20, 2007.