Are Intuit’s Ethics Questionable? Am I the Only Moron When It Comes to Downloading, Licensing, and Paying for Intuit’s Tax Software, ProSeries?

Posted on February 10, 2011 by William Brighenti 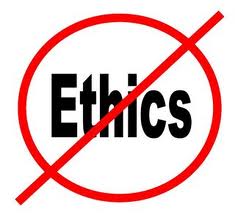 Am I the only moron when it comes to downloading, licensing, and paying for Intuit’s tax programs, such as ProSeries?  I first subscribed to using ProSeries in 2009.  Before downloading that program onto my computer, I had to pay for the software by credit card.  I selected the “pay per return” version of ProSeries since it offered me the greatest flexibility.

Back in January, I received a notice to install ProSeries 2010.  I did install the program and actually awaited the screen to pop up requesting my credit card information.  It never did, so I assumed that since my credit card information had been submitted to Intuit on many previous occasions, that it would simply charge my credit card.  Besides, I was able to navigate around freely in ProSeries.  I also, of course, did not wish to be charged twice for downloading a program, an event that has happened to me on more than one occasion in the past.  Moreover, I was informed in January that many of the states tax software, including that of Connecticut, my resident state, were not yet available.  For those of you who have had the pleasure of never dealing with Intuit, beware that Intuit has a practice of banging one an extra $50 if one does not pay by January 31st.

Recently when I started to prepare my first tax return of the year, I was notified that I had to license ProSeries, which surprised me since I had previously licensed the 2009 version.  I was taken to a series of screens confirming my identity, email address, and account number, and then charged a total including the extra $50 for not processing payment before January 31st.  Upon discovering this extra charge, I called Intuit’s customer service.  This was a mistake.

I received a couple of customer service representatives that made me feel as if I were being interrogated by the Gestapo!  Their posture did not exemplify the adage, “the customer is always right”.  When I attempted to explain that I thought that I had previously authorized payment, I was treated as if I were an idiot, a liar, or both.  Perhaps I am an idiot, since my wife customarily calls me such.  But she is entitled to those endearing words of address since she is my better half.  But a customer service rep?

Apparently, Intuit does not accept any responsibility on its part for failing to provide full and fair disclosure on the payment of its products, and profits from banging its “cherished” clients with penalty charges for “late payment”.  Is this a scam?  I ask this in all seriousness because of Intuit’s failure to make unambiguously clear to the subscriber that payment for the new version had not been processed at the time of its download, unlike the initial downloading of ProSeries.

I think it’s time to find another tax software vendor.  If anyone has any recommendations, I would appreciate suggestions.  I don’t like Intuit any more.  It’s too big and powerful, and I don’t think Intuit appreciates all of the business that we CPAs bring to it.

William Brighenti is a Certified Public Accountant, Certified QuickBooks ProAdvisor, and Certified Business Valuation Analyst. Bill began his career in public accounting in 1979. Since then he has worked at various public accounting firms throughout Connecticut. Bill received a Master of Science in Professional Accounting degree from the University of Hartford, after attending the University of Connecticut and Central Connecticut State University for his Bachelor of Arts and Master of Arts degrees. He subsequently attended Purdue University for doctoral studies in Accounting and Quantitative Methods in Business. Bill has instructed graduate and undergraduate courses in Accounting, Auditing, and other subjects at the University of Hartford, Central Connecticut State University, Hartford State Technical College, and Purdue University. He also taught GMAT and CPA Exam Review Classes at the Stanley H. Kaplan Educational Center and at Person-Wolinsky, and is certified to teach trade-related subjects at Connecticut Vocational Technical Schools. His articles on tax and accounting have been published in several professional journals throughout the country as well as on several accounting websites. William was born and raised in New Britain, Connecticut, and served on the City's Board of Finance and Taxation as well as its City Plan Commission. In addition to the blog, Accounting and Taxes Simplified, Bill writes a blog, "The Barefoot Accountant", for the Accounting Web, a Sift Media publication.
View all posts by William Brighenti →
This entry was posted in Accountants CPA Hartford, Articles and tagged Are Intuit's Ethics Questionable, Intuit is not CPA friendly, Intuit's customer service representatives are not nice, Intuit's Extra charges, ProSeries penalizes CPAs. Bookmark the permalink.

One Response to Are Intuit’s Ethics Questionable? Am I the Only Moron When It Comes to Downloading, Licensing, and Paying for Intuit’s Tax Software, ProSeries?