Posted on September 29, 2010 by William Brighenti 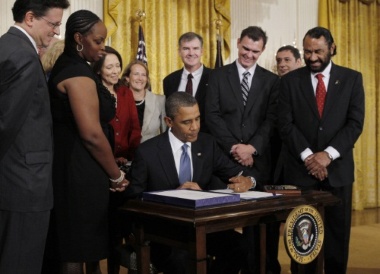 It is imperative for the small business owner to be aware of the tax breaks available under the Small Business Jobs Act of 2010 since many of them will only be available this year.

1.       Zero Taxes on Capital Gains from Key Small Business Investments:  Under the Recovery Act, 75 percent of capital gains on key small business investments this year were excluded from taxes. The Small Business Jobs Act temporarily puts in place for the rest of 2010 a provision called for by the President – elimination of all capital gains taxes on these investments if held for five years. Over one million small businesses are eligible to receive investments this year that, if held for five years or longer, could be completely excluded from any capital gains taxation.

2.        Extension and Expansion of Small Businesses’ Ability to Immediately Expense Capital Investments:   The bill increases for 2010 and 2011 the amount of investments that businesses would be eligible toimmediately write off to $500,000, while raising the level of investments at which the write-off phases out to $2 million. Prior to the passage of the bill, the expensing limit would have been $250,000 this year, and only $25,000 next year.  This provision means that 4.5 million small businesses and individuals will be able to make new business investments today and know that they will earn a larger break on their taxes for this year.

3.       Extension of 50% Bonus Depreciation:  The bill extends – as the President proposed in his budget – a Recovery Act provision for 50 percent “bonus depreciation” through 2010, providing 2 million businesses, large and small, with the ability to make new investmentstoday and know they can receive a tax cut for this year by accelerating the rate at which they deduct capital expenditures.

4.         A New Deduction of Health Insurance Costs for Self-Employed:  The bill allows 2 million self-employed to know that on their taxes for this year, they can get a deduction for the cost of health insurance for themselves and their family members in calculating their self-employment taxes. This provision is estimated to provide over $1.9 billion in tax cuts for these entrepreneurs.

5.       Tax Relief and Simplification for Cell Phone Deductions:  The bill changes rules so that the use of cell phones can be deducted without burdensome extra documentation – making it easier for virtually every small business in America to receive deductions that they are entitled to, beginning on their taxes for this year.

6.        An Increase in the Deduction for Entrepreneurs’ Start-Up Expenses:  The bill temporarily increases the amount of start-up expenditures entrepreneurs can deductfrom their taxesfor this year from $5,000 to $10,000 (with a phase-out threshold of $60,000 in expenditures), offering an immediate incentive for someone with a new business idea to invest in starting up a new small business today.

8.       Limitations on Penalties for Errors in Tax Reporting That Disproportionately Affect Small Business:  The bill would change, beginning this year, the penalty for failing to report certain tax transactions from a fixed dollar amount – which was criticized for imposing a disproportionately large penalty on small businesses in certain circumstances – to a percentage of the tax benefits from the transaction.

William Brighenti is a Certified Public Accountant, Certified QuickBooks ProAdvisor, and Certified Business Valuation Analyst. Bill began his career in public accounting in 1979. Since then he has worked at various public accounting firms throughout Connecticut. Bill received a Master of Science in Professional Accounting degree from the University of Hartford, after attending the University of Connecticut and Central Connecticut State University for his Bachelor of Arts and Master of Arts degrees. He subsequently attended Purdue University for doctoral studies in Accounting and Quantitative Methods in Business. Bill has instructed graduate and undergraduate courses in Accounting, Auditing, and other subjects at the University of Hartford, Central Connecticut State University, Hartford State Technical College, and Purdue University. He also taught GMAT and CPA Exam Review Classes at the Stanley H. Kaplan Educational Center and at Person-Wolinsky, and is certified to teach trade-related subjects at Connecticut Vocational Technical Schools. His articles on tax and accounting have been published in several professional journals throughout the country as well as on several accounting websites. William was born and raised in New Britain, Connecticut, and served on the City's Board of Finance and Taxation as well as its City Plan Commission. In addition to the blog, Accounting and Taxes Simplified, Bill writes a blog, "The Barefoot Accountant", for the Accounting Web, a Sift Media publication.
View all posts by William Brighenti →
This entry was posted in Accountants CPA Hartford, Articles and tagged new tax laws 2010, small business jobs act 2010, small business tax breaks, tax provisions small business jobs act. Bookmark the permalink.