Posted on December 4, 2010 by William Brighenti

The middle-class tax relief bill recently passed in Congress was defeated by Senate Republicans today, falling 7 votes short of the 60 votes required to be enacted.  Senate Republicans were holding out for a continuance of the Bush tax breaks on millionaires and billionaires.

The tax cuts would have kept the current income tax rates for individuals or couples earning no more than $200,000 or $250,000 annually, respectively.  Even an amendment proposed by Senator Schumer of New York maintaining current income tax rates for those with earnings not exceeding $1 million was rejected in similar fashion by Senate Republicans, again falling 7 votes shy of the 60 required.

When one considers that the average income in the United States is approximately $60,000, it becomes apparent that Senate Republicans are more concerned about protecting from taxes the incomes of individuals making millions and billions of dollars than they are about protecting the incomes of middle-class families while attempting to control the Federal government’s deficit, which is, after all, a hidden, deferred tax.

And please don’t fall for that lame Republican line that increasing taxes on those earning millions and billions of dollars every year will put a crimp in our economic recovery.  Those tax cuts were in place before and during all of the mass layoffs in our country.  Any monies from their tax savings over the years have been invested overseas in China, India, Cambodia, Philippines, etc., where labor is paid as low as 22¢ per hour.  Furthermore, since small businesses create 80% of the jobs here in this country and typically do not report more than $1 million in income to each individual owner, those middle class tax cuts are precisely the tax cuts that would enhance job creation in this country, not the tax breaks for that 5% of our population owning 95% of the multinational corporations’ wealth, which is being invested overseas and taking jobs from our shores.

The Republican senators’ short-sightedness fails to see that this continued weakening of the base of our country’s economic pyramid by crumbling the structural blocks of jobs, wages, and incomes of the lower and middle classes ultimately will result in our entire national economic structure

collapsing, including bringing down the privileged 5% at its top, too.  Which explains why billionaires like Gates, Buffett, and Turner are begging the government to tax the rich:  they see the collapse coming if the government does not start balancing its budget.  As you all recall, this collapse nearly occurred two years ago, while we, the lower and middle classes, were left with the bill to bail the Wall Streeters out of this mess.  They even had the effrontery to steal billions of dollars in bonuses from our TARP funds, to boot. 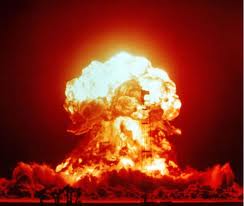 pending nuclear arms treaty with Russia until the 2% are included in the tax breaks.  In other words, they would rather see your hometown reduced to an ashtray than relent on their stance to preserve the tax breaks of the rich and powerful.  By including this tiny minority that has more money than God in the tax breaks, our Federal debt will increase by $140 billion over the next two years and by $700 billion over the next ten years.  Are not the Republicans concerned about our $14 trillion national debt?  These are the same Republicans who defeated an effort to extend unemployment benefits to 2 million struggling Americans.

It’s partisan politics all over again.  The Republicans versus the Democrats.  The rich upper class versus the lower and middle classes.  It’s a plain and simple class war propelled by greed.  Who will win?  Those with the money always win:  they buy and control the media and can afford to spin anything to the gullible constituency.  That’s the way it’s been for thousands of years.  And so it is today.

William Brighenti is a Certified Public Accountant, Certified QuickBooks ProAdvisor, and Certified Business Valuation Analyst. Bill began his career in public accounting in 1979. Since then he has worked at various public accounting firms throughout Connecticut. Bill received a Master of Science in Professional Accounting degree from the University of Hartford, after attending the University of Connecticut and Central Connecticut State University for his Bachelor of Arts and Master of Arts degrees. He subsequently attended Purdue University for doctoral studies in Accounting and Quantitative Methods in Business. Bill has instructed graduate and undergraduate courses in Accounting, Auditing, and other subjects at the University of Hartford, Central Connecticut State University, Hartford State Technical College, and Purdue University. He also taught GMAT and CPA Exam Review Classes at the Stanley H. Kaplan Educational Center and at Person-Wolinsky, and is certified to teach trade-related subjects at Connecticut Vocational Technical Schools. His articles on tax and accounting have been published in several professional journals throughout the country as well as on several accounting websites. William was born and raised in New Britain, Connecticut, and served on the City's Board of Finance and Taxation as well as its City Plan Commission. In addition to the blog, Accounting and Taxes Simplified, Bill writes a blog, "The Barefoot Accountant", for the Accounting Web, a Sift Media publication.
View all posts by William Brighenti →
This entry was posted in Accountants CPA Hartford, Articles and tagged Republican Senators reject middle-class tax cuts. Bookmark the permalink.

One Response to Republican Senators reject and vote down middle-class tax cuts for incomes not exceeding $1 million!!!